Two candidates reached the final run-off after the last round of voting among Conservative MPs. 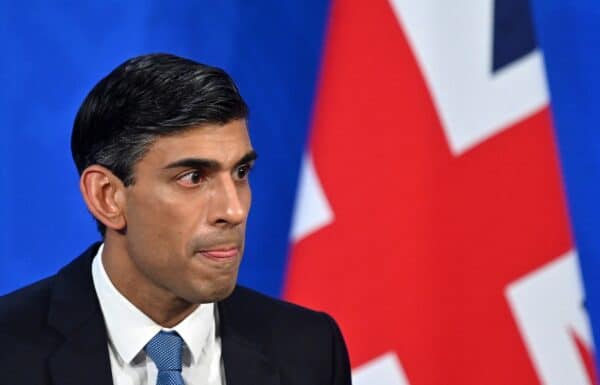 Liz Truss, the favourite to become Britain’s next prime minister, on Thursday criticised rival Rishi Sunak over his tax policies while finance minister, as the pair kicked off six weeks of campaigning.

The foreign minister wrote in the Daily Mail that Britain had been “going in the wrong direction on tax, with the tax burden at its highest in 70 years”.

She promised to reverse recent rises and suspend green levies on energy bills.

Sunak oversaw the tax hikes as the UK battles to fix public finances after the coronavirus pandemic and amid spiralling inflation, and has accused those promising cuts of “fantasy economics”.

The pair reached the final run-off to try to persuade some 200,000 party members after the last round of voting among Conservative MPs on Wednesday.

The final result is due on September 5.

Sunak launched his bid to woo grassroots members by saying he was the only candidate capable of winning a general election, due within the next 18 months.

“We’ve got a really positive message to take out to all our members now — crucially, who is the best person to beat Keir Starmer and the Labour Party at the next election?” he wrote in the Daily Telegraph.

“I believe I’m the only candidate who can do that.”

“My values are Thatcherite. I believe in hard work, family and integrity,” he wrote.

But he faces an uphill struggle, with polling suggesting that party members support the more right-wing Truss.

The fight has already turned personal during televised debates, but Sunak seemingly called for a truce on Thursday, writing that “I like and respect” Truss.

The pair will lobby members face-to-face for the first time on Thursday, before a dozen hustings across the country over the next few weeks.

Truss’s message to the members is that she is a politician of conviction who will “bulldoze” through institutions that stand in the way of reform.

But she was forced to defend a record of ideological and policy U-turns, including her previous support for the Liberal Democrats and opposition to Brexit, which she now supports.

“I was wrong and I’m prepared to admit I was wrong,” on Brexit, she told BBC Radio 4 on Thursday.

“I have developed my political views and ideas. I think the idea that somebody should have the same views, age 17 as age 46 is completely ludicrous.”

Downing Street is reportedly running an “anyone but Rishi” campaign.

He urged his successor to “cut taxes and deregulate where you can to make this the greatest place to live and invest”.

The BBC and Sky News both plan to host live TV debates between the pair, the first on Monday, with other potential duels possible before party members’ postal voting ends September 2.

Sunak won the two previous televised debates, according to snap polls, and the second one featured a no-holds-barred clash with Truss.

But his popularity with the grassroots has faded since questions were raised over his family’s tax arrangements, and as inflation sky-rocketed to a 40-year high of 9.4 percent in June.