Ghana is facing calls to update its laws on wildlife crime after fears the country has become a transit route for the illegal trade in pangolin scales.

More than 31,000 kilograms (68,000 pounds) of scales from the nocturnal mammal have been seized across the world this year, according to the International Fund for Animal Welfare (IFAW).

In May and June, two major seizures were made in Malaysia, with at least 700 kg found to have been shipped through Ghana.

Massive hauls of the scales have also been made in Uganda, Cameroon and Ivory Coast.

IFAW’s Mark Hofberg said most of the scales from Africa were traded to meet demand in Asia, where they are used in traditional medicine.

The docile pangolin, which has a thick armour and is also known as a “scaly anteater”, is indigenous to parts of Southeast Asia and Africa.

Two of the eight species of pangolin are classed as “critically endangered” on the IUCN Red List of Threatened Species: two are “endangered” and four “vulnerable”.

Hofberg suggested the increase in seizures could be a sign the authorities are taking the issue seriously but he said many countries lacked strong laws to punish traffickers. 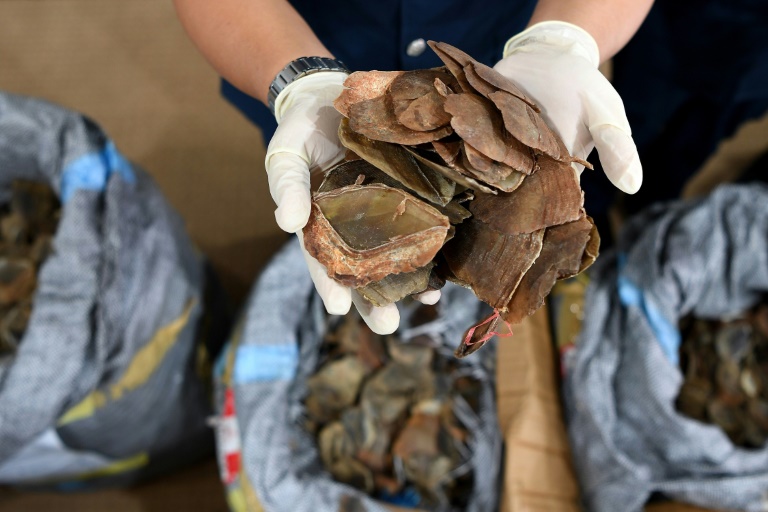 “For the pangolin trade to be significantly reduced, penalties and conviction rates must be appropriate,” he told AFP.

Harsher sanctions “would complement customs efforts” that have led to recent major seizures, he added.

– Sold at the roadside –

The pangolin is a protected animal in Ghana but the head of the Ghana Wildlife Commission, Nana Kofi Adu-Nsiah, said tougher legislation was needed.

Current wildlife protection laws were passed in the 1960s and the commission wants them updated to reflect international standards and the global nature of wildlife crime.

Three people were arrested in Ghana in connection with the June seizure in Malaysia. 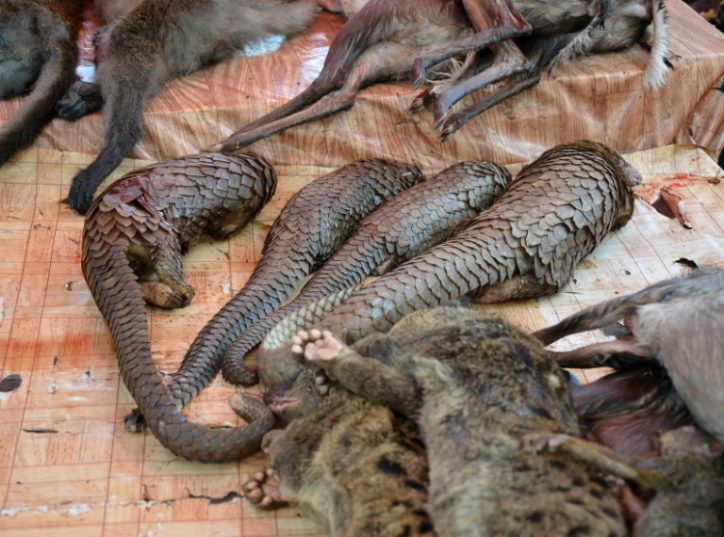 Government officials believe new laws would stop Ghana becoming a transit point for trafficked animals but there is also concern over local hunting of the pangolin.

Along main highways in Ghana, people can be seen selling live pangolins, which are usually held upside down, unravelled from the tail.

Wildlife Commission officers typically arrest anyone selling pangolins but Adu-Nsiah suggested a solution may be to buy the animals live from the sellers and re-home them elsewhere.

It is not known how many pangolins survive in the wild in Ghana but their habitat has been hit by deforestation and development.

Their temperament also makes them easy prey and has led to them becoming the most trafficked mammal in the world.

“The nature of the animal makes it prone to attack by human beings. As soon as you touch it, it coils so humans can pick them up,” said Adu-Nsiah.

“They are not animals that can run quickly to protect themselves or defend themselves.” When touched, pangolins coil up into a ball so they are very easy to pick up. Pictured is a baby Sunda pangolin from Southeast Asia which is critically endangered

His team had been looking at the local use of the pangolin outside the protected areas, and found it used for food and the scales for spices.

The research, sponsored by the Earthwatch Institute discovered people had come to communities to buy live pangolins and scales.

“The species is so vulnerable you can just pick it up it will not attack you,” he explained.

“Sometimes when I see them I feel so sorry for them — they cannot do anything to defend themselves against humans.”

Part of Konzin’s work is to teach rural communities, whom he said were often surprised that the pangolin was protected.

“The project is trying to educate people about the conservation status of the species we want to affect an attitude change amongst the people so that at least the species won’t go extinct in Ghana.”