The political situation in the country is set to be discussed tomorrow in a meeting with four countries within the southern African regional bloc in Angola. 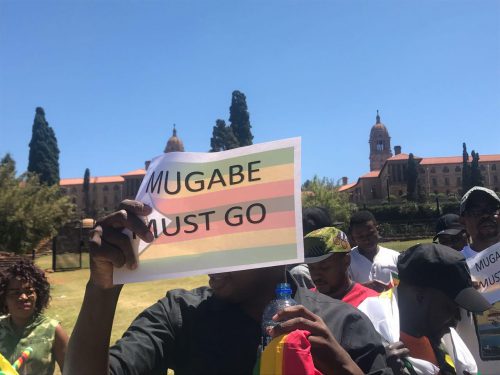 Scores of Zimbabweans based in Pretoria, South Africa on Saturday gathered at the Union Buildings in solidarity with their countrymen back home protesting for President Robert Mugabe's removal. Photo: ANA/Jonisayi Maromo

Zimbabwean nationals have slammed President Jacob Zuma and the Southern African Democratic Community (SADC) for only taking a stand now after ignoring the cries of the country’s citizens for nearly 10 years.

Hundreds of Zimbabweans gathered on the lawns of the Union Buildings in Pretoria on Saturday, adding their voices to those of their fellow citizens back home who were demanding President Robert Mugabe relinquishes power.

During their #MugabeMustGo rally, they praised the country’s military and its leader, General Constantino Chiwenga, for his intervention this week when troops moved into Harare and put 93-year-old Mugabe under house arrest.

Event organiser Lawrence Mavhaire said they were demonstrating at the Union Buildings because it housed the SADC chairperson, Zuma. He criticised the SADC for only intervening in Zimbabwe now and called on Zuma to stop meddling in their affairs.

“Now that we are dealing with one person for the benefit of millions, you want to intervene. “Our voice is clear, let us deal with Mugabe,” Mavhaire said.

The political situation in the country was set to be discussed tomorrow in a meeting with four countries within the southern African regional bloc in Angola. The summit will include Zuma, who has sent cabinet ministers to negotiate with Mugabe for his departure.

Mavhaire said it was important, as Zimbabweans in South Africa, to inform Zuma of what they expected from the deliberations.

“We are not going to settle for Mugabe staying in power. What we want is a collective dispensation.

Zuma has to ‘protect’ the region 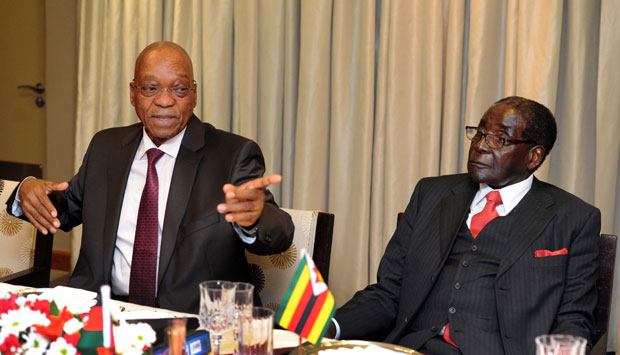 President Jacob Zuma, as chair of the Southern African Development Community (SADC), will have to play a more diplomatic role in the interests of the region in order to steer Zimbabwe in a manner that brings stability to the economically ravaged country.

Political analyst Daniel Silke said Zuma must ensure the turmoil does not create a domino effect in the region.

“If this is badly handled, then Zuma could indeed find himself bearing the brunt of dissatisfaction from his SADC partners,” said Silke.

“From a security point of view, ensure the transition to some sort of election or whatever it might be is relatively smooth so the average Zimbabwean doesn’t feel compelled to cross the border into South Africa. This concern should help Zuma play a diplomatic role.”

All eyes were on South Africa and neighbouring countries as to exactly how fair and balanced they are in dealing with what happened.

Senior Institute for Security Studies researcher Derek Matyszak said when President Robert Mugabe fired Mnangagwa on November 6, it cleared the way for his wife to ascend to the throne.

“This was a bridge too far for the military, which threw down the gauntlet when it made its statement to Mugabe it wanted to get rid of any counter-revolutionary elements in government,” Matyszak said.

The military had intervened to protect its own interests in ensuring the succession of former vice president Emmerson Mnangagwa, who has a close relationship with Zimbabwean Defence Force General Constantino Chiwenga, he added.

After coup, will Zimbabwe see democracy or dictatorship?