The MP was reportedly picked up by five plain-clothed policemen at a 'prestigious' hotel in Harare this morning. 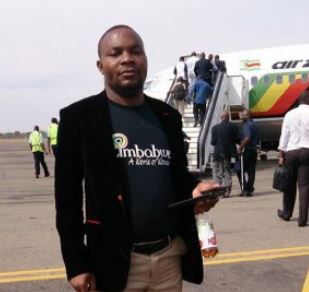 According to the report,  Mashayamombe was picked up by five plain clothed policemen men at the “prestigious hotel.”

It is reported that minutes after the purported arrest, Mashayamombe’s phone kept ringing without being answered when the publication tried contacting him.

The identities of the five men who picked him up are not yet clear, leading to speculation that the soon to be sworn-in President Emmerson Mnangagwa’s security team are clearing any security threats around him.

Mashayamombe was reportedly named in reports of corruption and abuse of residents in Harare South and was allegedly also accused of causing the recent attack on singer Jah Prayzah at Glen Forest cemetery.

Grace was expelled from Zanu-PF for life on Sunday. Together some of with her allies consisting of youth leader Kudzanayi Chipanga, former minister of science and technology Jonathan Moyo and former minister of finance Ignatius Chiombo who made up the G40 faction, they were pushing for her to succeed Mugabe and become president of both the party and country.

However the military has been cracking down on supporters and close aides of the pair, having them detained, beaten and with several fleeing to South Africa and Mozambique.