UPDATE: MDC Alliance’s Biti no longer has to hand himself over to Zim police

The senior opposition leader has been accused of inciting violence and hatred during Wednesday's protests. 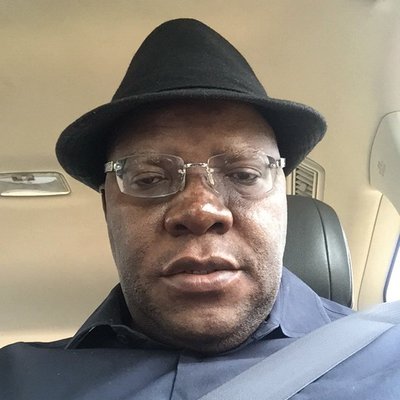 Tendai Biti, the senior official of MDC’s seven-party coalition who was reported to be wanted by Zimbabwean police on Thursday morning has been let off the hook for now, SABC has reported.

Biti told the SABC that he had planned to hand himself over to police at 2pm on Thursday, but when his lawyers went to a police station to find out what the charges were they were told to leave their contact details and that Biti did not have to hand himself in.

He described the move by police as “victimisation” and said that he and the MDC are “used to it.”

This morning The Citizen reported that Biti had agreed to hand himself over to the Zimbabwean police amid claims that he had incited violence and hatred during protests in Harare on Wednesday, which culminated in the army opening fire and killing three people.

Biti was finance minister in the 2009 to 2013 government, which saw Zanu-PF and opposition parties under the MDC alliance share power, and is said to be a respected politician in Zimbabwe.

Biti’s lawyer told SABC News: “Through a press conference by [a police inspector] the Zimbabwe Republic Police indicated that they are desirous of speaking to Tendai Biti.”

“Biti is neither a flight risk nor a person whose residence is unknown. It is rather unusual for the police to relay messages to people they wish to speak to through the press,” he continued.

“Be that as it may, I can confirm that Mr Biti will present himself to the police today at 2 o’clock.”

On Tuesday, Biti alleged at a press conference at MDC headquarters in Harare that the authorities were delaying the publication of results because MDC Alliance leader Nelson Chamisa had won the presidential election.

He addressed a media conference, saying the electoral body’s conduct was “totally unacceptable”.

“ZEC is taking its time to transmit results from polling stations to wards and to constituency centres, and this delay is totally unacceptable particularly in urban centres like Harare, Bulawayo, Gweru, Mutare and Masvingo,” he said.

Biti cited his own constituency, Harare East, as an example, saying despite the fact that they finished the whole process at 3am, ZEC had not pushed the results to the constituency command centre.

He added: “It is in this period of delay and uncertainty that merchants of chaos and bishops of electoral frauds will do their own things.”

The MDC Alliance called on ZEC to immediately comply with the law and start making formal declarations at constituencies as required.

Biti revealed the opposition had written to the electoral body asking them to produce the V11 forms. The V11 form summarises everything that would have taken place at a polling station.

“As we speak, it has been discovered that ZEC did not post V11 forms at 21% of the polling stations, and we are gravely concerned by their failure to do so,” he said.

Biti also claimed the opposition had received information that a senior Zanu-PF official had directed that he be assassinated together with MDC Alliance presidential candidate Nelson Chamisa.