It is not yet clear whether Deputy Chief Justice Philomena Mwilu has been arrested. 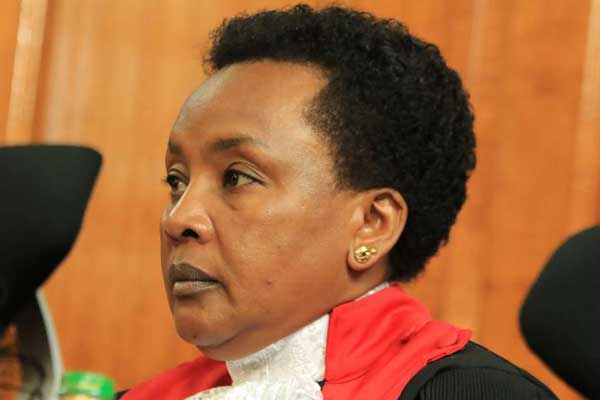 Kenya’s Deputy Chief Justice Philomena Mwilu has been arrested at the Supreme Court in Nairobi over alleged corruption. Judge Mwilu was on Tuesday taken to the Directorate of Criminal Investigations for questioning.

According to The Star in Kenya, Mwilu left the Supreme Court with Director of Criminal Investigations George Kinoti and her bodyguards.

Keny’s Standard Newspaper reported that a reliable source from the judiciary hinted Mwilu was arrested in a crackdown at the Supreme Court over allegations of financial impropriety.

Mwilu’s vehicles were seen leaving the premises of the Supreme Court, closely followed by Kinoti’s convoy, on Tuesday afternoon.

This comes after President Uhuru Kenyatta has been pushing for a more intensified war against corruption while calling upon all leaders in the country to help fight graft. The president has also been emphasising that nobody can be spared if found guilty of corruption.