Gerco van Deventer's family are struggling to come up with the $1.5 million in ransom money the captors are demanding. 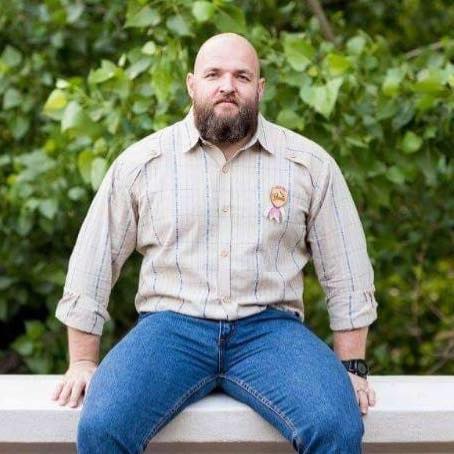 Gerco van Deventer, a 43-year-old father of three children, has been held captive in Libya since 2017, and his wife and family are struggling to raise the $1.5m (about R21.9m) his captors are demanding for his release.

Van Deventer was among four men abducted in southern Libya in November 2017. The three other men are Turkish, News24 previously reported.

In a video released in January this year, a worn-out Van Deventer pleads for his release, saying: “I’ve got a lot of problems. [My] blood sugar, I cannot control it. I’ve got a problem with my heart … there’s blood in my urine, I desperately need to see a doctor at a hospital. I need to be released as soon as possible … please, pay the money and let me be released.

Van Deventer then breaks out into tears. “I just need to go home,” he says. “Please, please, please…” he pleads.

Humanitarian organisation Gift of the Givers has been involved in negotiating Van Deventer’s release since the beginning of this year. According to its founder and director, Dr Imtiaz Sooliman, his captors are an Islamic splinter group associated with Al-Qaeda, one of many operating all over the world.

A similar group had held South African Christo Bothma, 54, hostage in Burkina Faso. Earlier this week, News24 reported that Bothma is believed to have died in custody.

In one of his last Facebook posts on October 29, 2017, Van Deventer indicated that he was travelling to Turkey and then to Libya. “Good luck and be safe,” a friend commented. Four days later, he was taken captive.

According to Sooliman, Van Deventer was a paramedic working for a Turkish company in Libya. Gift of the Givers did not get involved initially because Sooliman was told that the company Van Deventer was working for, Enka, was negotiating for the release of the hostages.

“If too many people get involved, the captors up their ransom demands.”

Sooliman says some of the Turkish hostages were released after their families managed to raise the ransom money.

Towards the end of January this year, when enquiring about Bothma and other hostages, Sooliman received the video of Van Deventer.

“They want $1.5m for his release. His family, however, does not have the means to pay that kind of money.”

Should Van Deventer’s family somehow manage to raise the ransom money, they will be put in touch with the captors through an intermediary, who will then arrange for payment and release, says Sooliman.

Once released, it becomes a matter between governments to resolve.

“The government of the country where a hostage was kept has to arrange for their safety, while the hostage’s home country arranges paperwork and passports.”

According to Sooliman’s information, Van Deventer is still alive.

“This is very tough for the family. His wife is quite strong, I speak to her very often.”

News24 sent written questions to Van Deventer’s wife, Shereen, earlier this week, and she requested a few days to reply.

According to a Facebook page set up for Van Deventer, he is a combat/operational medic, with advanced life support skills training and 22 years’ experience. He has received a vast amount of medical training and acquired invaluable practical experience throughout his 11-year career in the military as a medical practitioner.

He also has a number of years’ practical experience in the private security industry and has worked in remote and in hostile environments.

“Gerco worked in Kabul, Afghanistan, from May 2009 until June 2017. In 2017, after [US president Donald] Trump was inaugurated, his policy on matters in Afghanistan was unclear and that impacted any work contracts offered. Gerco’s contract was not renewed and he returned to his wife Shereen in Swellendam, Western Cape.

“Gerco was unemployed until an old friend offered him a one-month contract in Libya as a paramedic.”

The family has set up a crowdfunding page to help raise money for his release. To date, R6 565 of its R9m target has been raised.

But Sooliman says raising the ransom is out of the question.

“We made it clear to the captors that there is no funding available to pay ransom for [Van Deventer]. The reason he was in Libya, in the first place, was to earn a decent income.

“No company will pay ransom, no government will pay ransom and his family certainly doesn’t have the means. This has been made very clear to them. It is now a matter of waiting. Unfortunately, when you don’t have ransom to pay, the ‘waiting’ can run into years.”