An illegal gold mine has collapsed in Chad, leaving 'around 30 dead', officials have said. Dozens of people are feared dead after an illegal gold mine collapsed in Chad, officials have said.

Defence Minister Mahamat Abali Salah told AFP news agency on Wednesday that the mine caved in early on Tuesday at Kouri Bougoudi, a zone beset by illegal mining near the Libyan border.

An army officer who requested anonymity spoke of “around 30 deaths”, basing the figure on witness accounts with the army yet to arrive on the scene which is in a remote small town.

A local lawmaker spoke for his part of “a dozen deaths,” basing his tally on what witnesses had related to him.

“I cannot give you an exact tally as we rushed troops to the scene this morning,” said Salah, saying he expected a report during the morning. Tibesti region

The Tibesti region where the accident occurred is home to various gangs and traffickers seeking to profit from a gold rush.

Clashes in January between rival groups of miners left “dozens” dead, according to security and mining sources after fighting between groups of Arabs from Libya and miners from Chad’s Ouaddai community, the sources said.

Kouri Bougoudi has itself been the scene of clashes among rival ethnic, local and foreign groups since 2012 and 2013 after the discovery of gold deposits there. 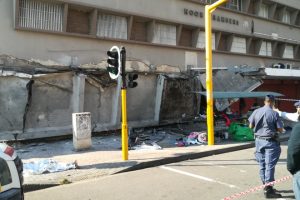 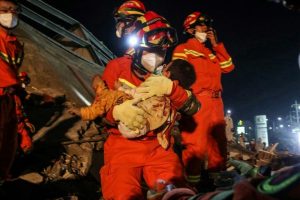