On August 13, 1960 the former French territory of Ubangui-Shari proclaims its independence, with David Dacko as president. 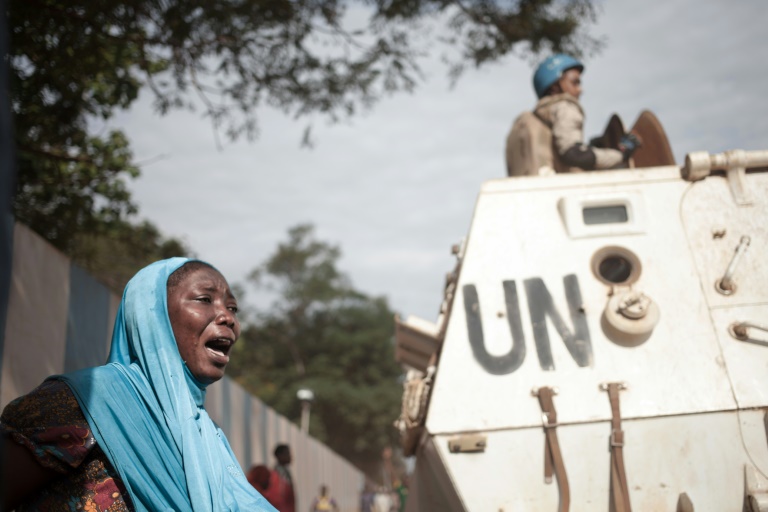 The Central African Republic (CAR) has lurched from crisis to crisis since it gained independence from France in 1960.

An overview of its recent history:

On August 13, 1960 the former French territory of Ubangui-Shari proclaims its independence, with David Dacko as president.

In December 1965 Dacko is overthrown in a coup led by his cousin, Colonel Jean-Bedel Bokassa, who is named president for life in 1972, then crowns himself Emperor Bokassa I in 1977.

During his 14 years in power, he is regarded as one of the continent’s most ruthless dictators and in September 1979 is overthrown by French paratroopers.

Dacko is reinstated, but two years later is forced to hand over power to the military.

In 1993 Ange-Felix Patasse becomes president at the first multi-party elections.

But only three years later the country is rocked by three successive rebellions.

In May 2005 he wins the first free election since the coup.

In March 2013, rebels from a Muslim-dominated coalition called Seleka take the capital. Bozize, a Christian, flees.

The country descends into sectarian chaos pitting Seleka rebels against vigilante self-defence groups from the Christian and animist majority known as anti-Balaka.

As the violence engulfs Bangui, France sends in troops under a UN mandate in December 2013.

In January 2015, a UN investigation concludes that both sides in the conflict had committed crimes against humanity. It puts the death toll in the “thousands”.

In February 2016 Faustin Archange Touadera is elected president as calm returns after three years of violence.

In 2017 and 2018 clashes continue between armed groups despite African and Russian mediation attempts.

In June that year about 600 troops from the Republic of Congo serving in the UN force are sent home amid allegations of sex abuse and misconduct against the force.

The following year a special court tasked with trying crimes committed in CAR since 2003 is established.

Former anti-Balaka chief Alfred Yekatom, who is accused of crimes against humanity, is handed over to the International Criminal Court in The Hague in November 2018.

He is joined in January 2019 by Patrice-Edouard Ngaissona, the “most senior leader” of the anti-Balaka.

In February 2019 the government and 14 armed groups sign a peace deal, the eighth to be reached since the violence began.

Bozize, now 74, slips back into the country in December 2019 but is later barred from standing for president because of an outstanding warrant for murder and torture.

The government accuses him of trying to foment a coup a week before elections on 27 December 2020. Russia and Rwanda, responding to a CAR request, send hundreds of military personnel.

With Bozize banned and many thousands unable to vote because of an upsurge in militia violence, Touadera comfortably wins re-election, according to official results confirmed by the Constitutional Court on January 18.

WATCH: Ramaphosa previews the ANC’s LGE manifesto ahead of official launch
5 hours ago
5 hours ago

Don't get angry, make a cross
2 days ago
2 days ago

ANC to go for candidates with skills and merit, not popularity - Ramaphosa
6 days ago
6 days ago

WATCH: Ramaphosa previews the ANC’s LGE manifesto ahead of official launch
5 hours ago
5 hours ago

Don't get angry, make a cross
2 days ago
2 days ago

ANC to go for candidates with skills and merit, not popularity - Ramaphosa
6 days ago
6 days ago