France, Mali's former colonial ruler, first intervened in the country in 2013 to help drive back jihadist forces advancing on Bamako. 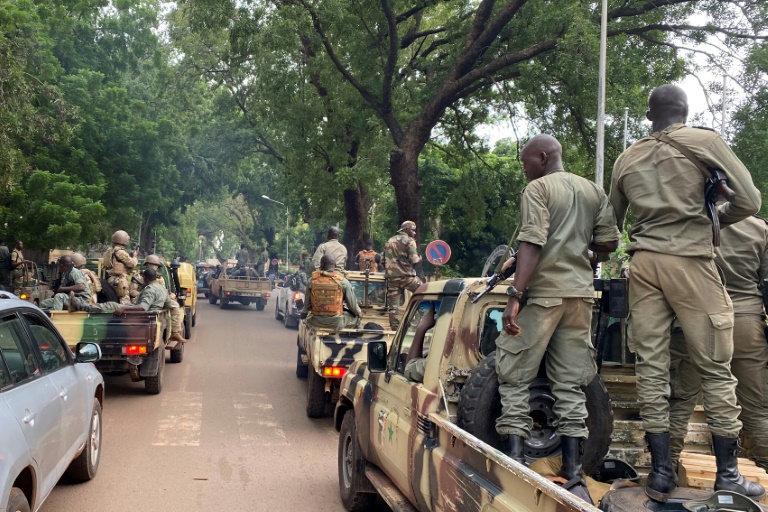 Malian security forces fired tear gas at dozens of demonstrators in the capital Bamako on Wednesday, AFP journalists said, during an unauthorised rally against France’s military role in the country.

The protesters, who were in a central square in the West African city, fled before the gas canisters fired by a large number police and gendarmes.

But just as security forces were dispersing the crowd, motorbike convoys of protesters were making their way towards the square from different parts of the city, according to AFP journalists.

Mali has been struggling to quell a jihadist insurgency that first emerged in the country’s north in 2012, before spreading to the centre and neighbouring Burkina Faso and Niger.

France, Mali’s former colonial ruler, first intervened in the country in 2013 to help drive back jihadist forces advancing on Bamako.

It now has 5,100 troops deployed across Africa’s arid Sahel region, as part of its anti-jihadist force Barkhane.

But France’s military presence in Mali is frequently criticised on social media and by civic leaders. Activists also stage occasional demonstrations in Bamako against French troops.

Their role was placed in the spotlight earlier this month when several residents in the village of Bounti said about 20 people in a wedding party had been killed in a strike by a helicopter.

It occurred on January 3, they said, near where French forces said they carried out an airstrike on jihadists using a fighter jet.

France’s military has insisted it struck jihadists, ruling out the possibility of any mistake.

Under the threat of sanctions, they subsequently handed over to an interim government between September and October, which is meant to rule for 18 months before staging elections.

Army figures retain strong influence over the interim government, however, which has stressed its commitment to military cooperation with France.

Interim President Bah Ndaw thanked foreign forces in Mali during a military ceremony on Tuesday evening, for example, for “risking their lives for the liberation of our country”.

In France on Tuesday, President Emmanuel Macron announced an “adjustment” to French forces in the Sahel.

Many have interpreted his remarks as a sign that France is preparing to reduce its deployment in the region.