Nigeria insists troops ‘did not shoot at protesters’ last year

Judicial panels were also set up to investigate allegations of human rights violations by security forces. 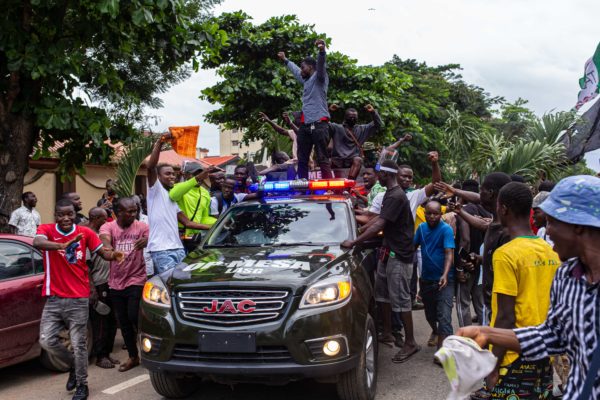 Protesters stand on a vehicle that is part of a military convoy sent to enforce the curfew at Alausa, the Lagos State Secretariat, in Lagos on October 20, 2020, after the Governor of Lagos State, Sanwo Olu, declared 24-hour curfew in Nigeria's economic hub Lagos as violence flared in widespread protests that have rocked cities across the country. (Photo by Benson Ibeabuchi / AFP)

Nigeria’s government said on Wednesday that security forces “did not shoot” at peaceful protesters in Lagos last year, despite rights groups claiming otherwise.

Youth-led demonstrations against police brutality in Africa’s most populous country in October 2020 came to a halt after a crackdown on protesters at the Lekki tollgate in Lagos.

Amnesty International had said that at least 10 people were killed, a claim the government has repeatedly denied.

“The military did not shoot at protesters… there was no massacre at the tollgate,” Nigeria’s Information Minister Lai Mohammed said, one year after the event he described as a “phantom massacre”.

“Amnesty International and CNN have continued to shamelessly hold on to their unproven stand,” he added.

In a report last year, CNN interviewed witnesses who said that “the Nigerian army and the police shot at the crowd, killing at least one person and wounding dozens more.”

Responding to the government’s denial, CNN said at the time that it “stood by its investigation”.

Speaking to reporters on Wednesday, Mohammed said “there would have been significantly more fatalities… had the military personnel deliberately fired.”

“Despite ample opportunities for the families of those allegedly killed and those alleging a massacre to present evidence, there has been none: no bodies, no families, no convincing evidence, nothing,” the minister said.

The protest movement was named after the social media hashtag #EndSARS, a reference to the notorious Special Anti-Robbery Squad (SARS) unit that was later disbanded.

Judicial panels were also set up to investigate allegations of human rights violations by security forces.

But one year since the events at Lekki, “no one has been brought to justice,” said Amnesty International in a statement on Wednesday.

“Not a single member of the security forces has been prosecuted while judicial panels of inquiry set up to investigate abuses by officers have made little progress.”

In a report on Tuesday, Human Rights Watch said it interviewed witnesses who saw police “shooting at protesters” at the Lekki tollgate and later “what appeared to be at least 15 lifeless bodies.”

Mohammed said the government was “committed to ensuring a comprehensive police reform” and that it remained “proud of the security agencies for acting professionally and showing utmost restraint.” 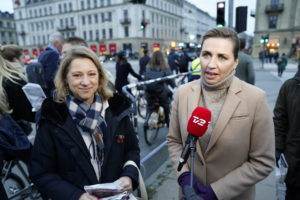 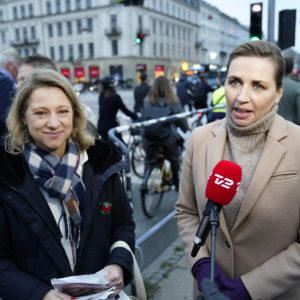 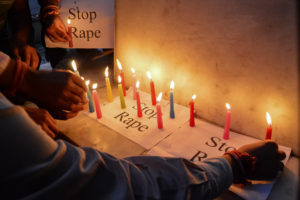 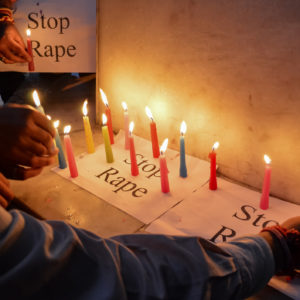 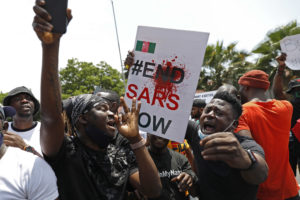 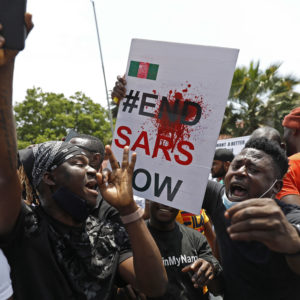