‘We are not gays,’ Mugabe says in UN speech

Zimbabwe President Robert Mugabe made unprepared remarks during his address to the United Nations General Assembly on Monday. 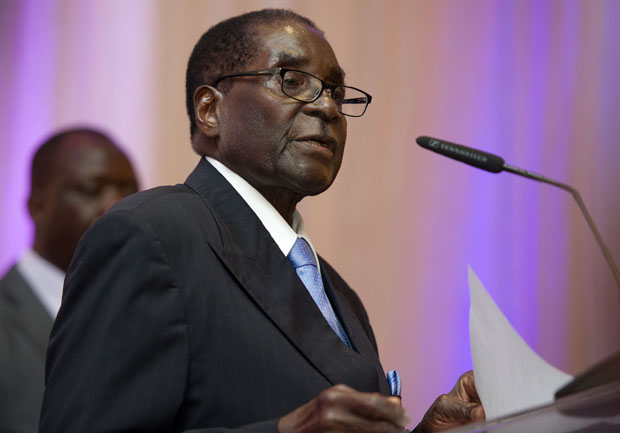 Among other issues, Mugabe said it was the obligation of all states to respect and uphold human rights enshrined in the United Nations charter. He further says the charter, however, does not give the right to some to judge how others should carry out this obligation.

“We equally reject attempts to prescribe new rights that are contrary to our values, norms, traditions, and beliefs.”

Following this line, in the video of his speech, he further says, “we are not gays,” before continuing with his speech.

This was met with laughter and applaud from some members of the audience.

Mugabe’s comment was made with regards to the “politicisation” and “double standards” applied when victimising those “who dare to think and act independently of the self-anointed prefects of our time”.

“Cooperation and respect for each other will advance the cause of human rights worldwide. Confrontation, vilification, and double standards will not,” he says.

This is not the first time Mugabe has made such remarks. In 2013, he rallied against President Barack Obama, arguing that the US president wanted to force Africa to “embrace homosexuality”.

He also supported Uganda’s anti-gay laws and hinted at a crackdown on gays in his own country.

He castigated the West for punishing Kampala with aid cuts after President Yoweri Museveni signed into law a bill that banned homosexuality in the east African country.

“They (the West) want to tell us … that it’s a violation of human rights, that is what they are doing to Museveni right now,” Mugabe said.

“The human right you have as a man is to marry another woman not to get another man to marry, we refuse that,” said Mugabe at his daughter, Bona’s wedding reception.

Mugabe has previously said homosexuality is un-African and described gays and lesbians as worse than pigs and dogs.

Mugabe left his family $10m, a farm and two houses
2 years ago
2 years ago

Mugabe left his family $10m, a farm and two houses
2 years ago
2 years ago