Nothing has been done to improve the lives of Bekkersdal residents since the dawn of democracy in 1994. 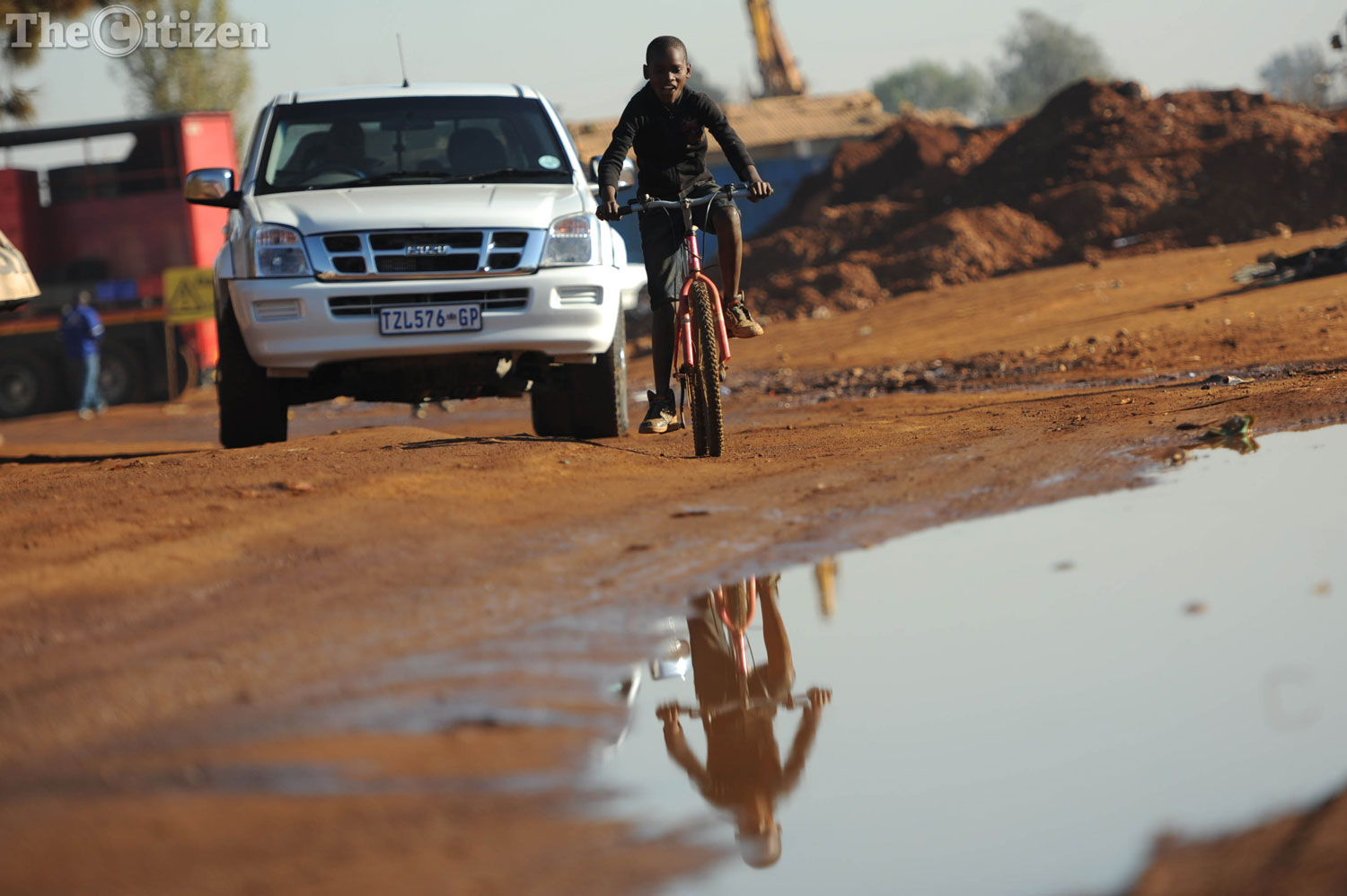 A child rides his bike passed a flooded street, 13 July 2016, in Bekkersdal, West of Johannesburg. Some residents have complained that they have seen little to no service delivery since the last general election. Picture: Alaister Russell

The unrolling this week of a campaign by the Gauteng government is a classic case of spin-doctoring with a prop-shaft already battered and bent out of kilter.

It must be said that the aim of the “I Care, We Care” campaign, launched in troubled Bekkersdal, is an admirable one: to halt the spate of arson at public facilities in the West Rand township, which first flared into violent protest in 2013.

Gang violence in the community, which lies 7km east of Westonaria, has also escalated in consequence. The residents have turned much of their ire on the provincial government.

They have repeatedly called for the removal of Westonaria mayor Nonkoliso Tundzi, alleging corruption and nepotism, and threatened to withdraw their votes from the ANC in next month’s municipal elections.

But the most telling comment came from an unnamed resident.

“This campaign,” he said, “is just all about empty words.”

The person added that nothing had been done to improve the lives of residents since the dawn of democracy in 1994. Sadly, in this, Bekkersdal is not alone.

Sassa SRD grant: You can now collect your R350 from PnP and Boxer. Here's how
23 hours ago
23 hours ago

Sassa SRD grant: You can now collect your R350 from PnP and Boxer. Here's how
23 hours ago
23 hours ago