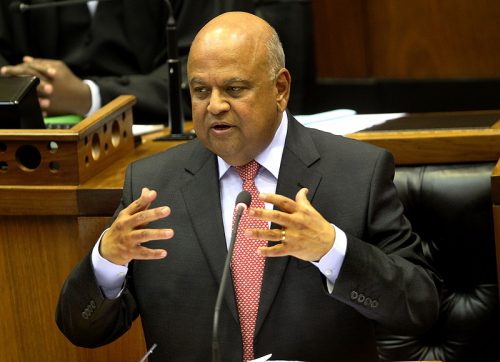 Minister Pravin Gordhan and his team at National Treasury should be praised for striking the correct fiscal balance in this year’s budget. Gordhan understands that fiscal rectitude is necessary for the growth and transformation of South Africa’s economy.

To maintain the fiscal balance, Gordhan will contain government spending and will raise the tax rates to be paid by well-off South Africans. He is also planning to sign-up South Africa to international instruments which will make it harder for South African-based businesses to shift their profits offshore in order to avoid paying taxes in South Africa.

It is widely understood that there are limits to how far taxes can be raised but in current circumstances, it is preferable that Gordhan has chosen to raise taxes at the top end, rather than to increase borrowing. Increased borrowing would raise the very real risk of South Africa falling into a debt trap, which would severely harm the prospects of our children and grandchildren.

Gordhan’s fiscal rectitude will enable South Africa to retain a degree of policy sovereignty. He knows that if South Africa falls more deeply into debt, the country’s ability to determine its own policy direction will be compromised. Such a loss of policy sovereignty would limit the scope for interventions aimed at fundamentally improving the structure of the economy.

Given South Africa’s ongoing problem of economic and social exclusion, Gordhan seeks to use the budget to ensure that economic transformation programmes have the widest possible impact and touch the lives of millions of poor South Africans – and do not just enrich a few.

He reminded South Africa that about two-thirds of the budget each year, that is, in this year’s budget, about R1 trillion out of R1.5 trillion total expenditure, is used for the realisation of social rights such as education, healthcare, social security, housing and water and sanitation services.

It is also hoped that the problems that have plagued the under-resourced higher education sector for the past few years will now be well on the way to being resolved, as government has allocated considerable additional resources to this sector.

Gordhan projects that the rate of economic growth in South Africa will rise from 0.5% in 2016 to 1.3% in 2017. Although this rate of growth is disappointingly low, South Africans can take heart from the fact that some of the main inhibitors of growth that have haunted the South African economy over the past few years have receded, such as low commodity prices, drought, industrial unrest and unreliable electricity supply.

Gordhan’s budget is a good one. It strikes the right balance – asking the rich to contribute a little more while promising that government will redouble its commitment to using public resources more effectively to improve the lives of the poor.