Why SA’s constitution is under attack

The attacks on our democracy's founding document come from the populist, rightwing faction in the ANC, not progressive forces. 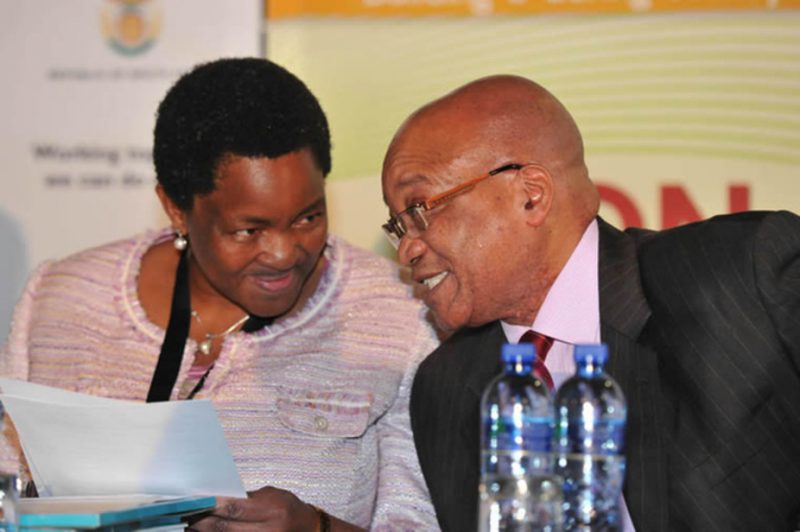 South Africa’s Constitution, greatly lauded around the world and the product of Nelson Mandela’s democratic transition of the mid-1990s, is under attack. It’s being blamed in some quarters for the slow pace of socio-economic transformation in Africa’s biggest economy.

Not even 48 hours later, and with exquisite timing, the Constitutional Court provided at least one of the many available answers when it demanded that the Minister for Social Development, Bathabile Dlamini, and one of her most senior officials, file affidavits by 3pm that very afternoon. The court instructed them to explain why they had failed to respect deadlines it had set in a case concerning welfare grants to around 17 million of the country’s poorest people.

Later that day, at exactly 11 minutes past the appointed hour, attorneys representing the minister were seen running into the court. The powerful symbolism of representatives of the executive branch of government scurrying to respect the highest court of the land and, thereby, the rule of law should not be ignored. It provides ample evidence that judicial independence is a strong suit in an otherwise rapidly-depreciating hand.

The details of the welfare payments concern the governance of the welfare state that South Africa’s ruling African National Congress (ANC) has built up over the past two decades. It’s a remarkable achievement, and one that has helped secure the ANC’s electoral prowess in winning five national elections in a row since 1994 never with less than 62% of the popular vote.

With an unemployment rate (under the wider definition) of 35% and sluggish economic growth, the social security safety net is vital for preserving social stability and protecting a large segment of the population from destitution.

Yet it has been thrown into jeopardy by the apparent pig-headedness of a minister who is politically protected because of her position as president of the ANC Women’s League. The league is not only an ardent and loyal supporter of South Africa’s beleaguered president but an influential part of the electoral college that will decide who will succeed Jacob Zuma in December.

The government agency responsible for social security payments – the South African Social Security (SASSA) – is a part of Dlamini’s department. Several years ago it contracted – unlawfully said the Constitutional Court in 2013 – the task of administering the welfare payments to a private company, Cash Paymaster Services (CPS). The ruling prompted inevitable and understandable suspicion that corruption lies behind the crisis.

The Constitutional Court had ordered that the contract should be re-tendered in line with public finance management law by 1 April 2017. For almost a year Dlamini dragged her feet, apparently determined to manufacture a crisis that would give the government – and the court – no choice but accept an extension of the CPS contract or risk millions of welfare beneficiaries not getting their social security payments on time.

This week the Constitutional Court has once again being asked to play a supervisory role, in ensuring that the government does what it is required to do in service of its people and in accordance with its constitutional obligations. It ruled that the CPS contract be extended for 12 months, but with strict conditions.

The court also said Dlamini had until March 31 to show why she should not pay the costs of the application from her own pocket.

This is just one of a legion of cases in which the Court has stepped in to protect vulnerable people and to perform what former deputy chief Justice Dikgang Moseneke calls its “transformative role”.

The Constitutional Court and social justice

In the early 2000s the court ended the Mbeki administration’s irrational approach to HIV-AIDS treatment. The ruling is regarded as an extraordinary, path-breaking case study in how to advance socioeconomic justice through law by legal academics around the world.

In the Grootboom case the court found that the government’s lack of emergency shelter programme for homeless people caught in the face of a nasty Cape winter was also unreasonable. Since then every sphere of government has a “Grootboom line item” in its annual budget. Hundreds of thousands of vulnerable people have been given safe haven as a result.

Through various cases the country’s legal order and its statute book has been rewritten over the past 20 years. It is unrecognisable from the dark days of apartheid.

Lawson Naidoo, the director of the Council for the Advancement of the South African Constitution argues that South Africa’s constitution is at the heart of all this change because it sets the parameters and guides the path towards a better, more equal, as well as free and open society.

Why, then, is South Africa’s constitution, which turned 21 last month, coming under attack and who is it that is leading the charge?

What lies behind the attacks

The two parts of the question are important because they are interdependent.

Some members of the student protest movement have asserted that the constitution is a neo-colonial construct imposed on South Africa. Other nationalists, such as Mzwanele Jimmy Manyi, a prolific defender of Zuma and member of the leadership of the Black Business Council, have attacked the Constitution for being “anti-transformation”.

The Constitutional settlement of the mid-1990s is widely recognised as being the product of political struggle but also political compromise.

For some, the implication here is that the “compromise” has tied the hands of the democratic post-1994 government, constraining it from pursuing a more radical approach to transforming society and the economy.

The first difficulty with this contention is that the final constitution was written after the founding democratic election in 1994 by a democratically elected Constitutional Assembly in the following two years.

The second is that this constitution-writing process was accompanied by a remarkably extensive and expensive exercise in public participation. Because of this the legitimacy of the constitution itself was, until recently, not seriously questioned.

So the test for any critic of the constitution is surely this: how exactly has the constitution prevented the government from doing more? And precisely which provision has been a constraint and why?

In fact, it does no such thing. On the contrary, it provides a framework for government-led expropriation for a public purpose or in the public interest, subject to compensation determined on a “just and equitable basis”.

Section 25 has also provided important protection for tenants and those living in informal settlements against harsh treatment or arbitrary eviction by landlords.

Victim of the zeitgeist

It’s important to note that, in general, most of the attacks on the Constitution come from the populist, nationalist rightwing faction of the ANC, not from progressive forces inside and outside the ruling party. For those who are intent on capturing the state as quickly as possible, the constitution simply gets in the way. For them it is an inconvenience that inhibits the prosecution of their own venal interests, not a strategic asset for the country.

In other words, the Constitution is an unavoidable victim of the political zeitgeist. It’s therefore potentially collateral damage to vicious power struggles currently consuming both the ANC and the government.

However, this analysis is not to deny that the Constitution is, and should be, a site of authentic contestation. “Did we talk enough about land?” Moseneke asked law students at the University of Cape Town last week. “No. But we reached a starting point compromise in section 25. We can’t have millions of South Africans as unlawful occupiers of the land of their birth.”

A constitution should have a dynamic quality; it is not a tablet of stone. So serious argument and debate about amendment is appropriate and necessary to sustain its legitimacy and ward off populist scapegoating.

Of course you can’t eat a constitution. But, as time and again South Africa’s constitution has proved -– not least this week with the SASSA judgment – it can help ensure that the poorest citizens can eat. Moreover, and perhaps even more importantly, it can ensure that their government does not lose sight of their everyday needs and its responsibility to serve them.