There are two types of men: Those who don’t realise they are trash, and those who do – and admit to it. Happy Women's Day. Scrolling through any social feed on Women’s Day is tedious. I’ve seen countless tweets where women have celebrated how far they’ve come and what their dreams are, and seen men interject to give their opinion. Fellas, stop it. It’s exhausting for everybody.

This opinion piece is not written to turn the conversation to me(n). There’s enough of that happening on Twitter and in real life. I write this because I’m tired of seeing men – oblivious to their own sexism and entitlement – tweeting condescending comments in the spirit of being seen. Smashing the patriarchy isn’t a catchy slogan. It should be society’s standard.

Let me explain something to my fragile sex, ie, every man out there. We’ve been coddled all of our lives. We haven’t been questioned about our eligibility for a job. We haven’t been incessantly catcalled, or objectified without repercussions. We haven’t been told “you can’t” because of our gender. I don’t know a single man who’s nervous to go out for a couple of drinks in the fear he’ll be taken advantage of. We need to not only acknowledge our very existence as threatening to women, but also change our behaviour. We live in a patriarchal society that perpetuates the power of men, which means we keep winning – even when we claim we don’t.

And this is where the #NotAllMen brigade chimes in. When a woman says #MenAreTrash, it’s not an attack on men. Here’s the first mistake.  By taking offence and responding with “not all men”, we’re diverting the focus from what she’s trying to say and making the argument about us. Why on earth would we do that?

Let’s say we’re at a book launch. A woman stands on a podium and recites a poem she wrote, detailing her experiences travelling through Europe.

She elaborates on her experience of travelling by train through France, and ends up in Switzerland, with a baguette. We’re all having a great night. The poetry is good, the drinks are free, and we feel very cultured attending this event in the Year of our Lord, 2017. Come question time, someone in the crowd raises his hand to tell the poet that her experience is flawed. This person claims to be a seasoned traveller who has travelled on plenty of European trains, alleging the poet’s experience of that train taking her to Switzerland is wrong – and moreover, not all trains leave you with a baguette.

Do you see how absurd this is? Do you realise that she is on that podium because she wrote a poem and that she wanted to share her experience? Why would anybody interject, claim her experience is wrong, and instead, share their own experience?

That is just one of the reasons why we men are trash. We are entitled. We feel we can share our experience, because we can. Throughout history, men have rarely been told “no”. And if they’re told “no”, they do it anyway. Because they can.

There are two types of men: Those who don’t realise they are trash, and those who do – and admit to it.

(Bear in mind, this is written by a man. I don’t claim to know what women go through, but I am an ally. And I will call you out if you’re being trash. Bank on it. ) We should all be feminists, especially us men
1 year ago
1 year ago
PREMIUM! 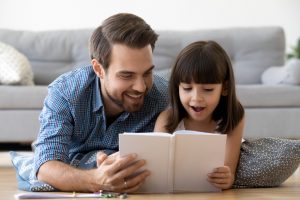 The feminist in me cannot celebrate Mandela Day
1 year ago
1 year ago
PREMIUM! We should all be feminists, especially us men
1 year ago
1 year ago
PREMIUM!

The feminist in me cannot celebrate Mandela Day
1 year ago
1 year ago
PREMIUM!