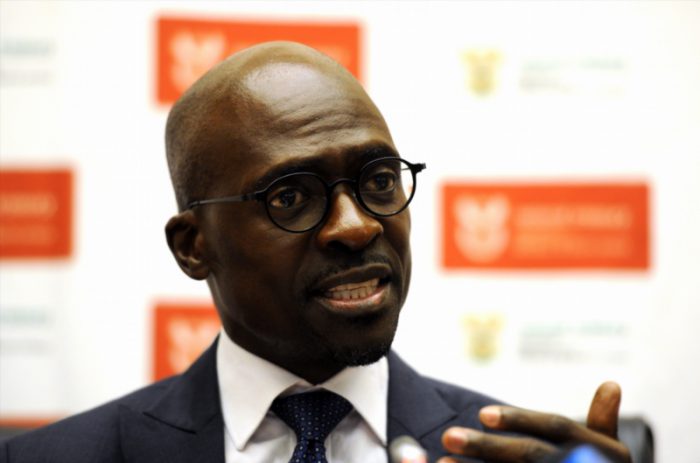 Sibonelo Radebe of The Conversation Africa asked Lorenzo Fioramonti to weigh up the plan.

How do you rate the recovery plan?

The minister’s plan seems to want to include a bit of everything, from private sector’s involvement in struggling state owned enterprises to bringing down banking costs.

But unfortunately the plan has no vision. It’s a set of bullet points for day-to-day management of the status quo, which has been improperly presented as a ‘recovery plan’. Rather than having so many short-term action points that are unlikely to change the current economic predicament, I would like government to be much more outspoken about the structural conditions that are undermining sustainable and equitable development.

The plan looks a bit like a shopping list, lacking a coherent vision for the country. They seem mostly motivated by the short-term imperative of avoiding further credit downgrades and reducing the risk of skyrocketing deficit.

What are the most encouraging points of this plan?

I think it’s positive that government intends to tackle state owned enterprises and I’m sympathetic to the idea of leveraging public procurement to support small, medium and micro-enterprises (SMMEs).

I also welcome the indication of clear deadlines to achieve certain targets, but I’m very doubtful most of them will be met, especially given the volatility of the current political scene as well as the scale of corruption.

The emphasis placed on reforming state owned enterprises (SOEs) is a positive factor. But reforming SOEs means more than recapitalising them at every turn: it means establishing new governance rules for government and powerful economic interests. That’s much harder to achieve.

What are the most critical things that are missing from it?

The first priority is to support SMMEs not only through better procurement policies, but also by levelling the playing field in an economy that has been traditionally designed to support large corporate conglomerates, whether in mining, banking and or retail.

SMMEs must be better integrated into value chains. But if these remain dominated by big business, then small companies will only receive marginal profits, even when they are actually responsible for most of the production. To complement this value chain integration, we need policies that prioritise SMMEs in accessing public tenders directly and play a more leading role in delivering services on their own or through collaborative networks with other small businesses, thus outcompeting large corporations in some areas.

It is relatively easy to support the creation of black-owned big businesses, as our Black Economic Empowerment policies have done. But this will not transform the economy, let alone generate the kind of growth government keeps promising.

To do that, the country needs a new economic strategy that puts small businesses and especially artisanal production at the core of the development strategy, including building the necessary skills and entrepreneurial capacity. Research shows that SMMEs are the main drivers of growth and the best creators of jobs across the globe.

South Africa needs fewer shopping malls and more local markets. It needs more social entrepreneurs and fewer CEOs. It needs less mining of natural deposits, which generates enormous costs for society and the environment to the advantage of large mining conglomerates, and more collection of metals and minerals lying in our landfills (the so-called e-waste), which can be effectively performed by SMMEs and artisans.

Against this backdrop, it’s high time we ask whether some state owned enterprises shouldn’t be completely overhauled rather than partially privatised. In fact, privatisation will simply replace a form of state-led monopoly with one driven by the private sector.

What the country needs is the end of monopolies, at least whenever possible. The state power utility Eskom is a case in point. The future is about distributed energy systems, whereby each and every firm and household can produce energy through renewable sources and exchange it through the grid.

In such a context, South Africa will no longer need a giant power utility. It will need an agile managing organisation facilitating exchanges across society, just like the Internet, which is managed by a non-profit as a public good and no private or public entities own it – hence the concept of ‘net neutrality’.

How should key stakeholders, business, labour, civil society relate to it?

I think many people are extremely suspicious of this government’s intentions. This is a pity because the country desperately needs cooperation in its development policy.

The lack of an overarching vision means that key stakeholders will probably continue promoting their sectoral interests, rather than uniting for a new social and economic ‘compact’. What the country needs is a nation-wide debate on where it wants the economy to go.

Does South Africa simply want to go back to the previous years, during which high economic growth co-existed with all sorts of social ills, from the AIDS pandemic to rampant inequality? Or does it want to move forward to a different economy, which can increase not only private profits but also social and environmental wellbeing, as I describe in my book _Wellbeing Economy: Success in a World Without Growth?

How do you see the chances of economic recovery going forward?

I have indicated many times that low growth is the new normal. We will not experience high growth rates in the next decade or so.

Potentially, this new normal will last for the entire century. So, any promise that growth is around the corner is simply delaying our capacity to innovate.

Rather than thinking about ‘big’ costly infrastructure, South Africa needs an integrated focus on how to optimise the use of resources it already has and minimise those forms of production and consumption that wreak havoc with the environment, ultimately costing so much money to the state and society.

For this to happen, however, the country needs leadership. And I don’t see any of that coming out of the ruling party at present. To be honest, I don’t see much of that in the opposition parties either. Perhaps it will be happening at the local level, through some new initiatives by mayors, local businesses and civil society.