‘Real’ students are suffering at CPUT

No one wants to talk about the racial profile of protesters but I know racial tensions are simmering against those who destroy and burn. 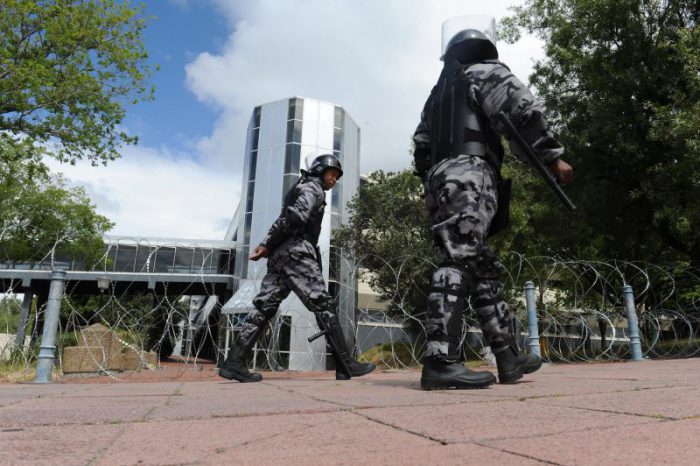 The Cape University of Technology (CPUT) is truly kaput. Violence and destruction have been the hallmarks of protests this year.

Anything seems to trigger the anger of students who behave as though they have nothing to lose and, so, recklessly jeopardise the futures of those who have a future to lose.

Protesters demand the demilitarisation of the campus, yet continue their anarchy as a bargaining chip for “what they want”. University authorities seem clueless and powerless in the face of wanton destruction, that continues unabated.

Yesterday, protesting thugs at University of Cape Town (UCT) ripped the exam scripts from students who were writing their end-of-year exams.

Where was campus security to protect exam-writing-students? How can highly paid vice-chancellors not protect the silent majority who wants to study and have careers?

Many relatives and friends have spoken about their frustrations about wasted fees and another wasted year. The carnage at CPUT has gone on for two months.

Lectures have been postponed on the expectation that students self-study where syllabuses have not been completed. For those who lack the internet, studying has become a nightmare.

Students also complain about the lack of communication affecting their travel costs negatively.

No one wants to talk about the racial profile of protesters but I know racial tensions are simmering against those who destroy and burn and who are mostly of similar hue.

Many students allege the protesters are not students. Parents are frustrated that they are given no voice, yet academics are calling for restorative justice, the current euphemism for turning a blind eye to criminality.

In asking a student who the protesters are, this was the response: “They are mostly African and not all of them are students. Our campus has now used barbed wire to close off any entrances to the campus. We all have to go through private security with our student cards and our bags being checked like a bunch of criminals.

“I had one security follow me all the way up to the third floor and he stood there and waited with me until my lecturer came because I was early and my lecturer had to identify me. I think he got gatvol after standing with me for 20 minutes and said I can’t move from where I’m standing and he left. It’s frustrating. Paying all these fees and you’re paying for three-quarters of your syllabus to be covered.”

It is important that we hear the voices of students who yearn to complete their degrees, in order to pay off their debt and forge ahead with careers, unlike those who want everything on a platter.

CPUT should have remained a technikon. For kids who have a vocation and a job in sight, their political motivations might be different.

The same discipline that is required of, for example, opera as a vocation should be instilled in students who study the humanities and the social sciences.

It is the latter disciplines, intended to cultivate the life of the mind, that now influence the mindless to think that they’re radical when they cite words like cultural appropriation, white privilege, white monopoly capital, and such nonsense.

The tertiary sector needs to go back to the drawing boards and reverse the mindless massification of the last two decades. There is work to be done, and now.