We must find courage to confront the bully Malema

As with other fascists, Julius Malema is not picky when it comes to ethnic targeting and, unchecked, his race politics will destroy our future. 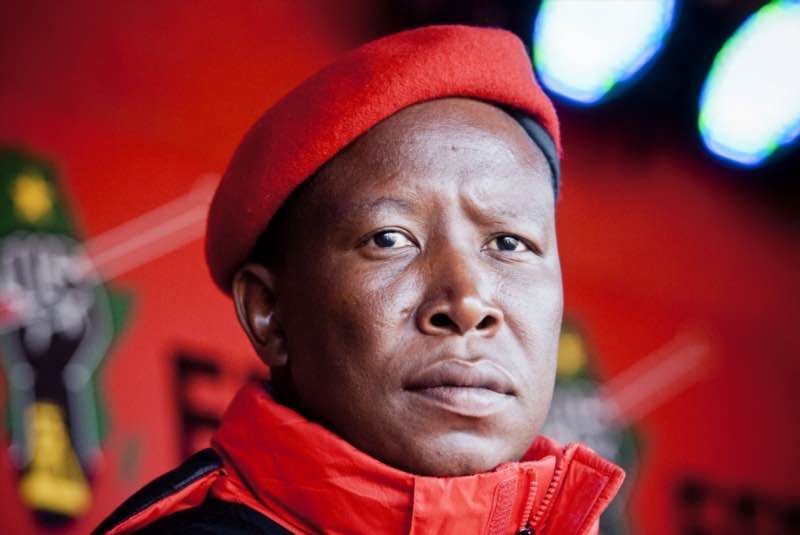 EFF leader Julius Malema views himself as today’s political kingmaker and a likely future leader of SA. These are not delusions.

Malema has defined the ANC’s policy agenda on land expropriation and on free tertiary tuition. Malema has tied the DA into coalition knots, loosening the rope merely to hang them out to dry.

He may be a misogynistic, racist, rabble-rouser but he is also the single person most responsible for the ousting of Jacob Zuma. He is deluded, destructive, and dangerous, but may also hold in his hands the future of Cyril Ramaphosa, and his “new dawn”.

Malema, with complete assurance, holds the centre stage. When SA looks into its heart of darkness, it is Malema that we see.

Despite the massive progress made since 1994, SA remains divided by race, ethnicity and class, confounded by impossible expectations and a lack of simple solutions. But as in a floundering 1930s Germany, we have one voice, Malema, who has a confident answer.

Even by his own toxic standards, Malema is becoming ever more vitriolic. Eighteen months ago, Malema declared: “We are not calling for the slaughtering of white people, at least for now.” In the past week, speaking of the ousting of Nelson Mandela Bay Mayor Athol Trollip: “We going for your white man … we are going to cut the throat”.

As with other fascists, Malema is not picky when it comes to ethnic targeting. Also last week, he stated: “Chinese are like Indians. They think they’re close to whiteness. When they practice racism they even become worse than whites.”

That Malema can get away with such behaviour is because of a number of factors. It has been facilitated by a naïve media, by cowardly government institutions, by ineffectual law enforcement, and by gullible politicians who place personal ambitions ahead of national interest.

It is, however, futile to lay the blame for Malema’s thinly veiled threats and incitement at the door of the media and to expect journalists to deprive Malema of the oxygen of publicity. Ours is a predominantly lowbrow media, motivated less by truth and balance than by “trending” sensationalist entertainment.

Rather, the solution lies in the law. As with the citizen activism that thwarted state capture, sidelined Zuma, turned the Guptas into fugitives and brought Bell Pottinger, KPMG and McKinsey to their knees, it lies in civil society doing what the state lacks the capacity and/or resolve to do.

The Human Rights Commission (HRC) has proved to be scarily remorseless at taking on racist estate agents mouthing off about crowded beaches. Taking on racist politicians threatening genocide? Not so much. Sustained citizen pressure and court applications, though, can force the HRC to do its job.

Parliament has a code of conduct that requires MPs to behave within the bounds of the SA constitution. The committee that is supposed to enforce compliance has been until now a toothless tiger, but again, if there were sufficient pressure, this could change.

It is clear from the Zupta saga that the law enforcement agencies act against the transgressions of the politically connected only when it suits the ANC. But prosecutions can and have been forced by bringing imaginative court applications, or by dint of private prosecutions.

Unchecked, Malema’s race politics will destroy South Africa’s future. There are democratic mechanisms that can be used to prevent this, but South Africans will have to find the courage to confront the bully.