The royal wedding demonstrated the power of change

At Harry and Meghan's wedding, the descendants of downtrodden people were at last claiming their rightful place at the main table in multi-cultural Britain. 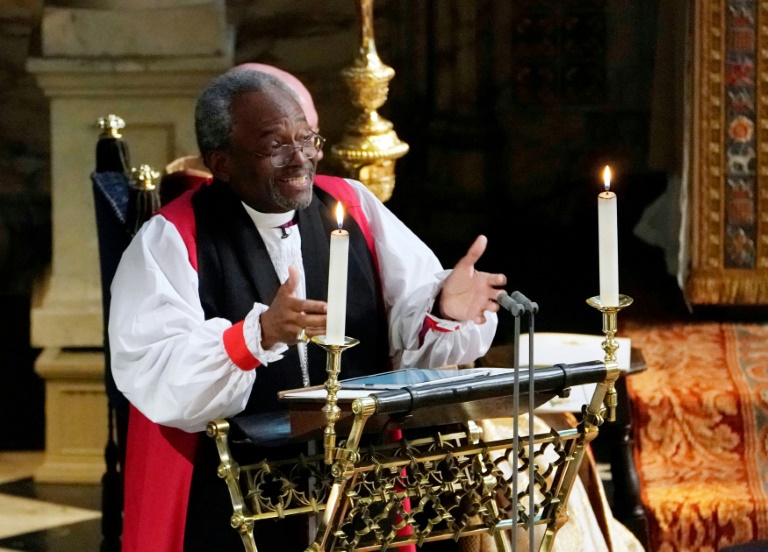 Britain’s royal family is a visible example of the energising power of change. Saturday’s wedding of Prince Harry and Meghan Markle evoked enthusiastic responses that would have been unthinkable in the aftermath of Princess Diana’s death in 1997, when the Windsors were deemed out of touch. Queen Elizabeth II and her advisers knew the monarchy had to change.

Traditional British self-restraint – the stiff upper lip – was tested as the extrovert bishop took advantage of a global platform to remind us of our common humanity. Bless him for that. The descendants of downtrodden people were at last claiming their rightful place at the main table in multi-cultural Britain.

In order to grasp how much has changed, we need some appreciation of history, including Britain’s role as a slave-trading nation, and the racial attitudes underlying that practice.

The bride’s North American heritage brings to mind the complicated relationship between that continent and the former colonial power, Britain. In 1874, when Winston Churchill was born in Blenheim Palace to an American mother, Britain controlled an empire on which “the sun never sets”. It was so vast that night in some parts would coincide with daylight in others.

By the time Churchill died in 1965, after serving as prime minister, Britain’s status was reduced. America had assumed international dominance. Churchill cultivated a “special relationship” between Britain and America. Now that relationship is special in different ways.

In his party political struggles, Churchill had to counter pro-Hitler sympathies among some in the British elite in the ’30s. As British journalist Sir Max Hastings has noted, “We should acknowledge the dark side of attitudes to the Nazis not only within the royal family, but throughout Britain’s ruling class, before 1939.” Hitler personified race hatred.

Harry is not the first British royal to fall in love with an American divorcee. But attitudes have changed since King Edward VIII was obliged to abdicate because of his relationship with Wallis Simpson. The outcast couple met Hitler in 1937.

In 2005, Prince Harry was photographed wearing a swastika at a party. More recently Princess Michael of Kent was accused of racial insensitivity when she displayed her “Golliwog” brooch at Queen Elizabeth’s 2017 Christmas bash. She was among the guests on Saturday.

Bishop Curry may not have known any of this when he delivered his sermon. But his message of the “transformative power of love” was perfect and powerful. Love changes everything.

Britain’s monarchy has changed beyond recognition when compared to the Plantagenet line whose Edward IV rebuilt St George’s Chapel at Windsor Castle. Plantagenet rule ended when a dismounted King Richard III was slain on Bosworth Field in 1485, crying in vain, “A horse, a horse, my kingdom for a horse.”

Modern royals will seem smarter as long as they stay in touch enough to know when to change horses.