We are arguing over renaming a completely neutrally named landmark while we have far bigger things to worry about. 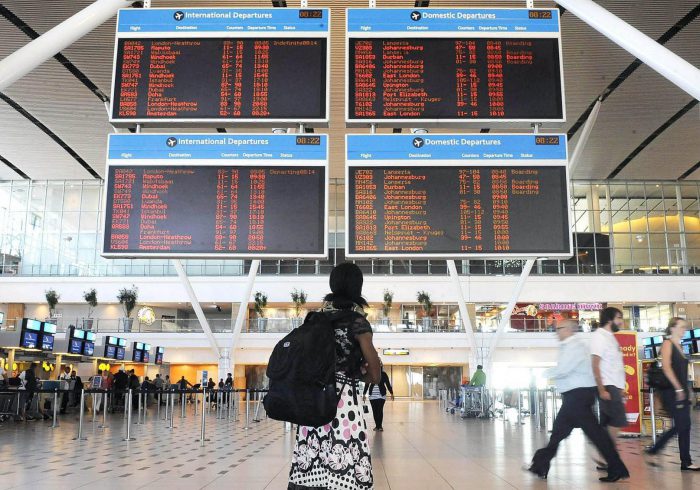 As we await a signal about a new name for Cape Town International Airport, let us not be distracted. For distraction is an ancient political game.

What happened at Cape Town International Airport on Monday resembled a circus. A public participation exercise was called off after scuffles between EFF supporters and others, including Khoisan representatives.

The circus metaphor is apt. Roman scribe Juvenal coined the term “bread and circuses” more than 2000 years ago to describe a practice during that society’s transition from republican to imperial rule.

While their world was being eroded, the Roman masses were distracted by bread and circuses. Their basic impulses, including the desire for entertainment, were serviced while their republic was disappearing.

In South Africa, sport fulfils this circus role. People become so engrossed in following their favourite teams or players that they lose sight of social, economic and political deterioration.

Political theatre, where the EFF often takes centre stage, is also a distraction. Since they burst into parliament after the 2014 elections, these noisy representatives have created circus-like conditions in several venues. This has some distracting entertainment value. It provokes argument and discussion but, unlike sport and other circuses, it can have sinister implications.

Disrespect for rules and laws may have a certain charm when we agree with chants such as “pay back the money”. But the charm wears off when these folk lead forcible land invasions.

Now, there is a great hubbub about airport names. Other people are being mentioned, including Nelson Mandela, Robert Sobukwe, Albertina Sisulu and Archbishop Desmond Tutu.

Oooh. Oooh. Let’s contest and argue the merits of each. How entertaining. But ultimately, this is another distraction from bigger issues facing the country, such as poverty, unemployment, crime and corruption.

A hungry family cannot eat a sign which directs rich people to an airport. It will make no difference to any unemployed person. Rather focus on SA’s crumbling healthcare and education.

Wikipedia says the phrase “bread and circuses” means “to generate public approval, not by excellence in public service or public policy but by diversion, distraction”.

Juvenal used the term “to decry the selfishness of common people and their neglect of wider concerns”.

When Jan Smuts Airport was renamed Johannesburg International Airport (JIA) in 1994, the ANC said it favoured a policy of not naming airports after politicians. That policy was overturned when Thabo Mbeki arranged for JIA to bear the name of his mentor, OR Tambo.

Now, we are set for a rash of new names, until the next wind of political change comes to pass.

Malema and others have asked “Mama Winnie” to “give us a signal”. Maybe, on Monday, she was trying to say: don’t waste time with this silly business.

Don’t be distracted from core issues.