Soon, migrants will have nowhere to go

Fortress Europe is pulling up the drawbridge. So, too, the US. Almost everywhere, the world’s human flotsam and jetsam are having doors slammed in their faces. 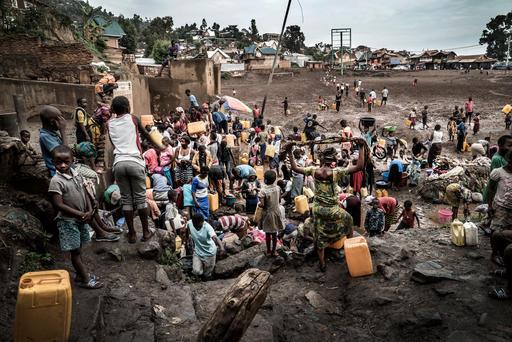 Wednesday was World Refugee Day. It must mark the lowest point in the plight of these marginalised masses since 2000, when the UN introduced the commemoration.

Until next year, that is. On present depressing trends, the plight of refugees and migrants are almost certainly worse.

In the US, Refugee Day coincided with a row over officials taking migrant children from their parents and holding them in separate detention facilities. Hungary this week passed legislation that criminalises lawyers and activists who help asylum seekers.

Here at home, Lawyers for Human Rights penned an open letter to President Cyril Ramaphosa, charging Home Affairs with disregarding the SA constitution, as well as international treaties and law, with its “very many harmful, unlawful and cruel practices and policies”.

Gigaba begs to differ. SA does not have a refugee problem, he insists. Rather: “We have a problem of irregular migration, with large numbers of economic migrants abusing the process of asylum.”

Gigaba’s response could have been uttered by any of a dozen or so European countries.

If you are liberal, these are “refugees” and “asylum seekers”, with connotations of them being hapless victims of war, civil collapse and repression. If you are conservative, these are “economic migrants”. This has the less charitable connotation that they are exploiting heartstrings and loopholes to escape dismal lives in what Trump dubbed “shithole” countries.

It does not matter what terms you prefer. The crux is that the apparently unstoppable flood of people across borders is changing fundamentally the political make-up of a signifcant number of democracies.

Opposition to soft migration policies is the biggest political issue in Poland, Bulgaria, Czech Republic and Slovakia, to name but a few. It has led to the election of populist anti-migration governments in Italy and Austria.

Germany’s politically once-unassailable Angela Merkel has seen her political fortunes wane in direct proportion to the influx, since 2015, of 1.4 million migrants. It is also triggered the British vote to exit the EU.

Parties on the left will have to come to terms with the fact that compassion and international law no longer cuts it. Nor does the academic research that shows immigrants are an economic benefit to the societies they migrate to.

It will be interesting to see how all this plays out in Spain. Last week the country’s new Socialist government accepted a boatload of 600 African migrants who had been turned away by Italy and Malta.

This is a classic example of perverse incentives. However laudable the intentions of the humanitarians, the more migrants they “rescue”, the more attractive they make it for others to pay unscrupulous smugglers large amounts of money to take them to the promised land.

But Spain’s attitude is an anomaly. The EU is reaching the tipping point.

Fortress Europe is pulling up the drawbridge. So, too, the US.

Almost everywhere, the world’s human flotsam and jetsam are having doors slammed in their faces.

No longer that promise of succour engraved on the Statue of Liberty: “Give me your tired, your poor; Your huddled masses yearning to breathe free; The wretched refuse of your teeming shore. Send these, the homeless, tempest-tossed to me; I lift my lamp beside the golden door!”