People are interpreting the deeper message of the former US president's speech differently – but you can be sure he isn't just taking jabs at Trump. When someone arrives in casualty with blood streaming from gaping wounds, the sole goal is to ensure survival. The patient gets bandages, drips, splints, stitches and surgery.

They don’t get chided for poor life choices. There’s no lecture pointing out that their lifestyles inevitably, eventually, would put them drunk behind that steering wheel or belligerent into that shebeen.

So, too, in our politics. Following the destructive Zuma years, South Africa suddenly finds itself on that stretcher in casualty. It is battered, bloody and bewildered. How did that cruise along the Rainbow Highway suddenly end with a crash at the end of a cul-de-sac?

For long-term survival, one must look at the underlying health of the nation, at the strength of its heart and the state of its soul.

The Nelson Mandela Foundation lecture, marking the centenary of his birth, is an appropriate moment. That it was delivered by Barack Obama is apposite.

Tuesday’s rapturous reception of Obama is not unexpected. He was, after all, speaking to 15 000 people of a generally liberal mindset, who mostly believe in human rights and human solidarity, within a framework of what Obama calls “inclusive, market-based capitalism”, no longer “unregulated, unbridled, unethical”.

Aside from the fact that it would have been inappropriate for the former US leader to tell an audience that included President Cyril Ramaphosa what it should be doing, this is not why Obama was here. He was here to soothe the weary South African soul, to renew hope in something above the reality of our daily politics.

Speaking, as he did, in apparent generalities, gives the audience carte blanche to extrapolate to fit their own realities. We each see in the mirror what we want to see.

Obama said the world, post-Mandela, was at a crossroads. He spoke also of the need for debate, for compromise and a respect of both your opponent and the facts. He took aim at the “politics of fear and resentment”.

Commentators, seemingly unanimously, interpreted all these remarks, although he never mentioned Donald Trump by name, as references to his successor. None pointed out that these words, as tellingly, describe the ugly side of South Africa.

For example, Obama said that while Mandela never “stopped being proud of his tribal heritage, of being a black man … he believed you can be proud of your heritage without denigrating those of a different heritage”.

Madiba showed the necessity of engaging with people who “not only look different but hold different views. This is hard…”

Obama then comes to what I believe is the crux of his address, within today’s South Africa: “You can’t do it if you insist that those who aren’t like you – because they’re white, or because they’re male – that somehow there’s no way they can understand what I’m feeling, that somehow they lack standing to speak on certain matters.”

The value of the Mandela centenary, and of Obama’s lecture, is the reminder that we have to do more than triage the ever-escalating crises that afflict South Africa. To survive the long haul, we have to replenish ourselves of the humanity and values, forged in terrible adversity, that shaped Madiba. 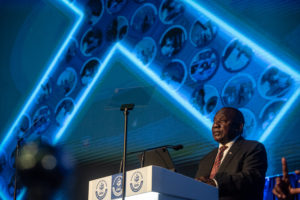 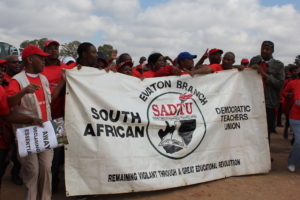 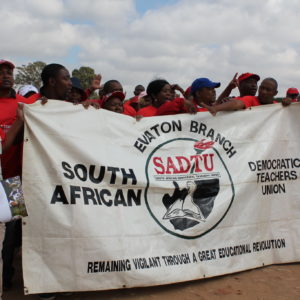