Ramaphosa scored own goal by retaining the dead and rotting wood

Malusi Gigaba has every right to feel aggrieved for having been forced out of his position when other offending ministers are left untouched. 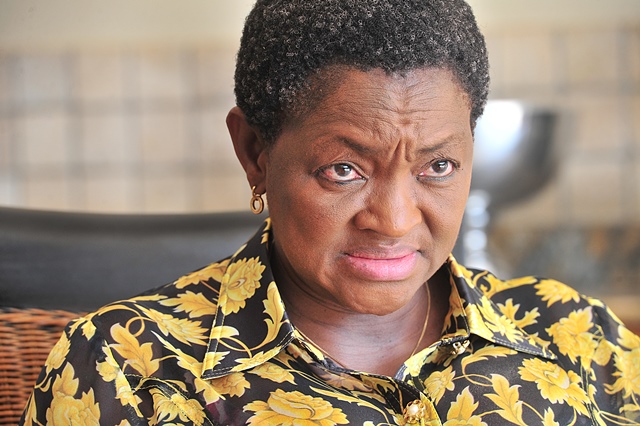 When Minister of Finance Tito Mboweni tweeted that he had been assigned to the Giyani area for an event in the ANC’s election campaign, some members of the public suggested he should take along newly appointed Environmental Affairs Minister Nomvula Mokonyane. They wanted her to see, first-hand, the results of the corruption that happened under her watch in the department of water and sanitation.

The people of the historical rural city of Giyani have had water rationing for years now.

Mokonyane’s department could not successfully manage the tender for the project that was meant to bring water to the city because of corruption in that department. In fact, it has been alleged that this department, crucial to service delivery, was close to bankruptcy.

But President Cyril Ramaphosa and his party saw fit to reward her with a whole new department.

At this rate, the former minister of home affairs, Malusi Gigaba, has every right to feel aggrieved for having been forced out of his position when other offending ministers are left untouched, or even promoted, as in the case of Mokonyane.

Ramaphosa’s Cabinet reshuffle last week made waves for all the wrong reasons. The country was left asking why Bathabile Dlamini was still in Cabinet instead of applauding the move in appointing Stella Ndabeni-Abrahams to the post of minister of communications.

He effectively reversed one of the most nonsensical moves of Jacob Zuma’s administration, which split the department in two, creating a post for his cronies at a huge cost to the taxpayer. Besides the financial cost, some experts believe the mess created by the neglect of the digital terrain may have set the country back by more than a decade.

Dlamini had the Constitutional Court recommend that the National Prosecuting Authority investigate possible perjury charges against her for lying under oath. Yet she remains.

There are suggestions that Ramaphosa is waiting for the courts to charge her before taking action against her, which is in keeping with his slow and ineffective strategy in cleaning out the dead wood he inherited from Zuma.

The president has once again missed a chance to demonstrate to the country that it is the interests of the people that he puts first, not of his party. The Democratic Alliance is bringing a court motion to get the continued presence of Bathabile Dlamini in Cabinet declared unlawful and irrational.

Whether it succeeds is immaterial. What it may achieve is to bring enough pressure to bear on the president (or Dlamini herself) to get her to step aside to avoid embarrassment for their party ahead of the elections next year.

The president should be basking in the glory of appointing Ndabeni-Abrahams who, at 39, is the youngest female minister appointed to head an important department in government.

Even the Economic Freedom Fighters, not the president’s biggest fans, have come out in support of the confidence that he has demonstrated in the “leadership of young black women”.

But along with this commendable act, the president scored an avoidable own goal and the voting public is taking note.