Ramaphosa’s election campaign needs an injection. And what better medicine than high-profile arrests. 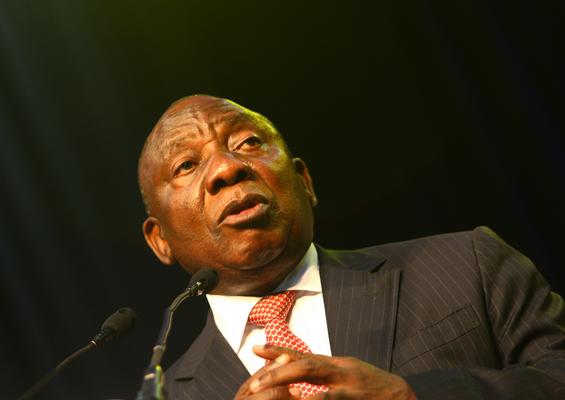 Something’s got to give. With general elections looming, the barrage of corruption allegations has increased the pressure for arrests and convictions.

The withdrawal of charges against former president Jacob Zuma’s son Duduzane has heightened the perception that Zuptas will never be punished. Testimony by former Bosasa executive Angelo Agrizzi at the Commission of Inquiry into State Capture adds to the impression that crooks fear nothing. Impunity rules.

Not one Zupta has been prosecuted. The same applies to those who received bribes from Bosasa. All scot-free.

Two developments could soon change all this. First, Shamila Batohi will on Friday start her job as national director of public prosecutions. Second, Ramaphosa will shortly announce an election date, likely to be May 8.

Ramaphosa’s election campaign needs an injection. And what better medicine than high-profile arrests. If he wants to convince the nation that his administration will clean up, there must be visible proof.

Commissions of inquiry are of limited value. This show must now move along. Batohi has the appetite and legal authority to do the right thing. She wants to act firmly. In December she told Daily Maverick her task included holding, “accountable those who have corrupted our institutions, who have betrayed the public good and the values of our constitution for private gain, especially those in the most privileged positions of government and corporate power”.

You know who she is talking about.

The timing, coinciding with an election campaign, will prompt questions about whether arrests are politically motivated. Any decision to prosecute must be based on enough evidence for a winnable case. That shouldn’t be difficult. Zuma repeatedly claims that attempts to bring him to court are politically driven. Yet under him, politics and crime have become so intertwined that arrests will inevitably be political. That’s what happens when politicians are criminals and criminals are politicians.

ANC secretary-general Ace Magashule, in the pro-Zuma faction, is trying to stall prosecutions. He wants the party to wait until Judge Raymond Zondo has delivered the final state capture report. That would be justice delayed. There is no need to wait. Zondo’s job may not be finished in two years, or longer.

These folk are trying to protect the Zupta patronage network. Those who grew wealthy through Zupta connections have not given up. They are undermining Ramaphosa in myriad ways, including encouraging nonsense parties such as those of Hlaudi Motsoeneng and Mzwanele Manyi.

The aim is to reduce the ANC majority, blame Ramaphosa and orchestrate his recall in favour of a Zupta candidate. There is even a suggestion that Russia is behind these moves, to reinstate the trillion-rand nuclear deal made with Zuma.

A couple of big-bang arrests before the elections may create the impression the tide is turning. Yet the rot in the ANC is so deep, it may never be rooted out. At every level of government, in every branch, someone is on the take.

Don’t be fooled by the coming drama. A vote for the ANC is a vote for corruption.