Like Momberg and Sparrow, racist politicians must be called out

The same way we found Vicki Momberg repulsive, we must find ways to root out those that the BLF appeals to with its racist politics. South Africa’s history is such that every problem we encounter as a country can always be viewed through racially-tinted glasses. It comes as no surprise then when political opportunists choose to use race as a platform upon which they can build support for themselves and their parties.

Our very liberal constitution has made it possible for all sorts of bigots to survive without being prosecuted for spewing clearly racist bile on very public platforms and this has emboldened some politicians to constantly cross the line between what is acceptable and what should be reprehensible to all South Africans.

The death of four school kids in the Hoërskool Driehoek tragedy provided the Black First Land First (BLF) party with an opportunity to use the painful deaths to appeal to their brand of supporters through race.

Their spokesperson Lindsay Maasdorp was very quick to lend support to an obviously insensitive individual and labelled the deceased kids as “future problems” and “land thieves.”

It is deplorable that an issue like land redistribution can be used as cover for racist politics by a party that will be contesting elections.

The BLF isn’t operating in a vacuum though. It does this because the legal system has not been used extensively in the past to set examples against those doing similar things. This has made it easier for them and their ilk to continue pushing the envelope.

When a Cape Town teacher unleashed violence on an insolent pupil in class, the first thing those that espouse racist politics did was to play up the race of the teacher and the pupil. What is clearly a case of a teacher crossing the boundary in the supposed disciplining of a child then becomes about race, because political opportunism thrives in twisting reality to suit their agenda.

And they succeed because the law lets them.

Because South Africa is never short of incidents that play into the race narrative, the State of the Nation address by President Cyril Ramaphosa provided the next platform for racist politics to rear their ugly head.

This time the Economic Freedom Fighters (EFF) provided the racist drama. A white member of parliament’s security personnel was slapped by an EFF member, quite violently.

The party then issued a statement that alluded to the fact that possible threats against their leader’s life had created the atmosphere which contributed to the reaction.

No evidence was offered that the assaulted person was part of the alleged plot. None of their leaders spoke out against this celebration of violence by their members. The only sensible conclusion is the incident fits in with the image of a party that projects itself as a party of “fighters”.

Racist behaviour must be condemned no matter who is being racist. The same way we found Vicki Momberg repulsive, we must find ways to root out those that the BLF appeals to with its racist politics.

Lawyer Tyrone Maseko put it best on Twitter when he said: “Who said it’s acceptable for black people (yes you, EFF) to be openly racist? I still don’t get how black tweeters will hound Penny, Vicky et al (rightly so) but aren’t equally outraged when Julius is openly racist. That’s just rubbish. A principle is a principle.” 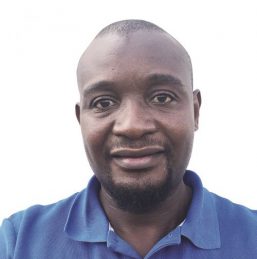