Here’s who to vote for, whiteys 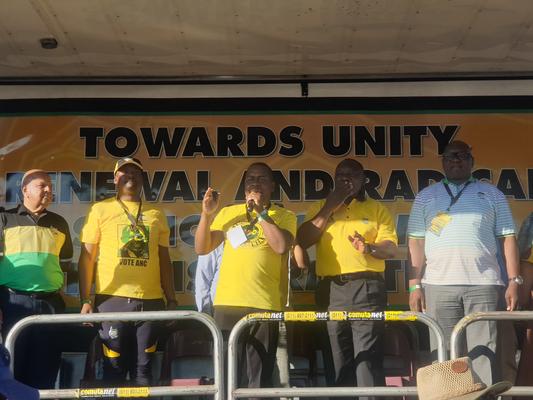 Collective will is not the same as collective intelligence. Look at Brexit.

White South Africans seem particularly prone to dangerous manifestations of electoral stupidity. Apartheid immediately springs to mind: not only did whites massively endorse it but they persisted with this insanity for almost 50 years.

Thus it should come as no surprise that the ANC hopes in the May election to draw its biggest-ever white vote. Yup, the party that implemented affirmative action, racial quotas, and property expropriation, predicts a white vote bonanza.

The Sunday Times reports that according to research conducted for the ANC, it’s the white vote that could make the difference in Gauteng. In the 2014 provincial election, ANC support dropped from 64% to 54%. Then, in 2016, the ANC lost control of Joburg and Tshwane.

An Institute of Race Relations survey now puts the ANC vote at 42% in Gauteng. That’s tantalisingly close for the DA, which got 31% in 2014, and the EFF, which got 10%.

Opposition coalitions may be irrelevant. Gauteng Premier David Makhura says with white voter support now running at 8% – the highest ever for the ANC – the party is hoping to keep its chin above 50%.

Behind this unexpected development is the popularity of President Cyril Ramaphosa. “We’ve never had such high support among white voters, even during the Mandela years,” said Makhura.

The DA will scoff, especially since the IRR found that nationally only 1.1% of the ANC support would come from whites. Nevertheless, the DA has reason to be worried.

There is, indeed, a lot of social media buzz about how important it is to bolster Ramaphosa’s position against Jacob Zuma’s camp. In this scenario, whites should vote ANC to ensure that the party performs sufficiently well to make Ramaphosa immune from being ousted.

Let’s ignore for a moment the embarrassing hubris of less than 10% of the population fantasising about saving Good King Cyril. But just the logic of voting ANC, not because you like its policies but because you like its leader, is so tactically flawed that one hardly knows where to start.

For one, the ideology of the ANC is not determined by one man, but by a collective. It’s a collective dominated by the left – the unions and the SACP – and a grassroots membership which, taking its cue from the populist appeal of the EFF, is moving steadily further left.

Ramaphosa could no more reverse ANC policy decisions on expropriation or nationalisation than he can levitate. These depend on the party, as will any decision on whether Ramaphosa remains leader. If whites want to “save” Ramaphosa, they had best join their nearest ANC branch.

Contrary to flighty whitey notions that they can be the brake-shoe on the ANC wagon, the most likely outcome is the opposite to what they wish. If the ANC puts before voters – as it has – a slate of really bad policies and is then rewarded with a solid electoral victory, this will increase, not decrease, the likelihood of those poor policies being implemented.

And if the present government is the Goldilocks solution – just right for you – vote ANC.