My two-year-old’s brush with gender inequality

Have we entrenched gender inequality so deeply into our cultures that we teach it to two-year-olds at nursery schools, without questioning the foundations these stereotypes are built on?

The two-year-old Egg tends to open her heart to her middle-aged father if I ask about personal matters. And Monday was no exception.

“It was a terrible day at school,” she told me. “They tried to brush my hair.”

Usually, this would have been a source of amusement, but a hint of sadness urged me to ask more questions and she spilled the beans: the staff at school brushes her hair every day and ties it in fancy styles, but they tend to do it so tightly that she finds it painful. And on Monday, she bluntly refused to let anyone touch her hair, which caused an uproar.

The little Egg inherited her unruly hair from her mother, but while it gives the lovely Snapdragon an exciting, exotic appearance, it only manages to make the little Egg look like an apprentice werewolf.

I investigated further and came across a message from the teacher: the teaching staff want to be proud of their pupils and a well-kempt appearance is part of it, etc, etc.

I wrote an angry letter back and told the undoubtedly underappreciated teacher – all teachers are – that the days of women being loved for their appearance is long gone. I want my daughter to earn respect for her mind, her compassion and her ability, not her appearance. And I am proud of her despite, not because of, her wild hair.

I added that only Egg has autonomy over her body, and that includes her hair. If she says no, it means no.

With that letter, I considered the matter closed, but the issue continued to bug. I am a hot-blooded man and appreciate a beautiful woman. To be honest, attractive members of the opposite sex mesmerise me and inspire me to do foolish, unpredictable things. But I respect all people for the human beings they are.

Have we entrenched gender inequality so deeply into our cultures that we teach it to two-year-olds at nursery schools, without questioning the foundations that these stereotypes are built on? I am a bit uneasy about the answer to this question and for the sake of my own comfort, I prefer not to reach a final conclusion.

But I’m sure, if things are as they were when I grew up, that the boys in her class are not subjected to compulsory grooming. Because boys will be boys … 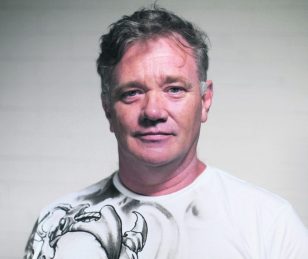