Rummaging through politicians’ garbage, without any particular aim except besmirchment, is gutter journalism, scraping the bottom of the barrel. Unlike other retired colleagues who say journalistic standards were higher in the past, I am impressed by the quality of today’s reportage.

Top South African investigative journalists are doing astonishingly good work. Of course, there are exceptions who received awards for fake news, but there is a solid base of first-class journalism. Better than in my day.

Without these brave souls we’d still be in the dark about Zuptagate. They have been digging the dirt, figuratively. If prosecuting authorities can be as diligent as our best media practitioners, convictions can’t be far off.

But rummaging through politicians’ garbage, without any particular aim except besmirchment, is not in the same league. It’s gutter journalism, scraping the bottom of the barrel.

So you found out some Economic Freedom Fighters (EFF) members like expensive liquor. Who didn’t know? Is this news to anyone? Do you imagine that folk from other political parties don’t imbibe on the fringes of the State of the Nation address?

We call people hypocrites if they are wealthy, dress in workers’ overalls, and claim to represent the poor. And then they stay in luxury accommodation, and may even shop at a store which their colleagues previously trashed.

So what? This is clickbait, not news or trenchant commentary.

You don’t have to be poor to represent the poor, although it might help if you have experienced poverty. The rich can fight for the poor, and vice versa.

The alleged hypocrisy of EFF leaders is nothing new. The most recent examples include Julius Malema joining the Inanda Club, or attending the Durban July in a natty three-piece suit. Malema has long endured barbs about Breitling watches. And yet we have to sift through garbage to prove EFF affinity for expensive tastes. Really?

Consider the invasion of privacy that occurs when you inspect someone else’s trash. Would you like your household to endure this? It happens every week when waste-pickers look inside your refuse bin and/or recycling bag. But garbage inspection could become much more rewarding if it is popularised as a means of finding unfavourable info.

As Gareth van Onselen tweeted: “If this kind of thing catches on, there is only one place it goes from here: garbage collectors are incentivised to sell rubbish to the press. Then we are one step away from tapping phones and breaking into voicemail services, which is how it all ended up in Britain.”

He was referring to the 2011-12 inquiry into UK media ethics, chaired by Lord Justice Leveson. In one example, News of the World reporters hacked the voicemail of a murder victim, Milly Dowler.

Yet, while we should be careful about applauding trash journalism, there is a need to scrutinise the spending patterns of elected public representatives. Proper lifestyle audits are long overdue.

So too is a detailed, well founded explanation of the behaviour of the public protector and those, including the EFF, who support her. Whose script is she following?

That’s worth digging into. Sanef sounds the alarm over Covid-19 threats to press freedom
2 years ago
2 years ago
PREMIUM! 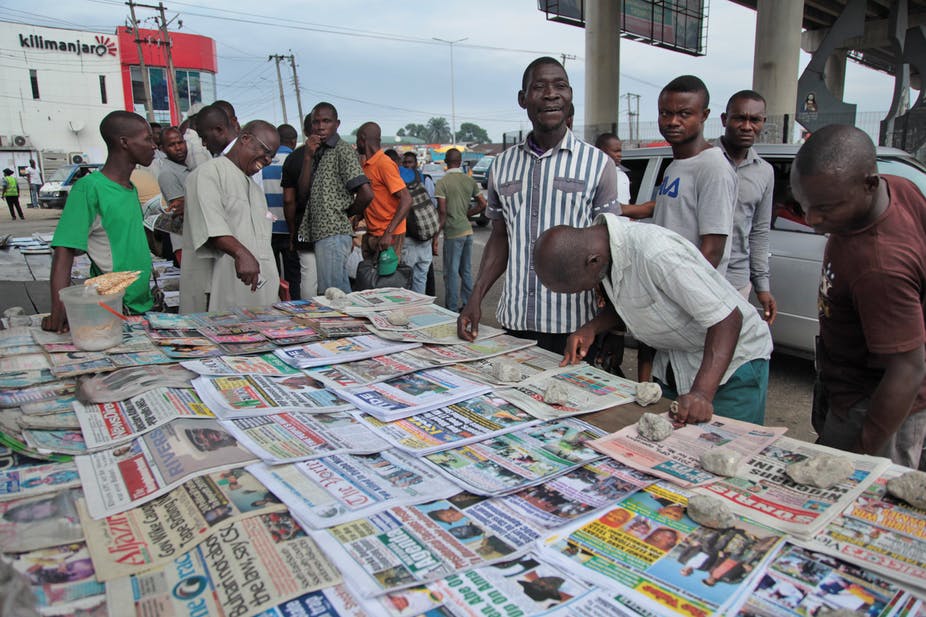 Donor-funded journalism is on the rise in Africa: why it needs closer scrutiny
2 years ago
2 years ago

Sanef sounds the alarm over Covid-19 threats to press freedom
2 years ago
2 years ago
PREMIUM!

Donor-funded journalism is on the rise in Africa: why it needs closer scrutiny
2 years ago
2 years ago