SA’s weaponised baby-making will have to slow down

Government needs to do everything it can to grow the economy and slow population growth, even though the latter is likely to be a racially flammable issue. 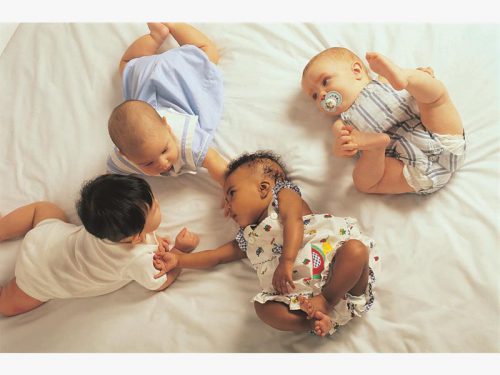 Few would quibble with the assertion that joblessness is South Africa’s gravest problem.

The grim numbers are familiar to anyone with even a cursory interest in what’s happening around them. Depending on the statistical models, between a third and 40% of people can’t find work. In the under-35 category – the volatile youth that fuels the red-beret militants – that figure is almost six out of 10.

Part of the problem is that the ANC is unwilling, or unable, to deal with the supply side of the unemployment equation. It has allowed, even encouraged, explosive population growth, instead of vigorously encouraging birth control.

Some of this is the result of illegal immigration. Also fuelling the growth curve are improving infant mortality rates and, more recently, an uptick in life expectancy. But the biggest issue is SA’s comparatively high birth rate.

SA’s fertility rate is respectable compared to the rest of sub-Saharan Africa, where it approaches five.

That nevertheless means a huge job creation challenge, given that GDP growth has been trending downwards for years.

It is in those racial breakdowns that government’s quandary lies. In a country where radicals have weaponised human reproduction – Julius Malema has often called upon black women to have more babies “for the revolution” – population control programmes are not going to happen.

To make matters worse, a long-cherished assumption of demographers worldwide – that rising prosperity and education levels cause women to have fewer children – is being shattered in Africa. A landmark University of Bath study predicts that contrary to worldwide trends, in Africa, greater economic development could cause population growth to accelerate, not slow.

The situation is better in eastern/southern Africa, where women with a tertiary education, would like to have three children. However, there are no countries in Africa where women want fewer than 2.5 children and, in most countries, women want more than four children.

The UN previously estimated that the sub-Saharan African population was set to double by 2050, adding one billion people to the world’s population. That is likely to be considerably higher, with catastrophic implications for the continent and SA.

While all attempts to create jobs must be welcomed, it’s a futile undertaking unless the other end of the equation is addressed.

Government needs to do everything it can to grow the economy and slow population growth, even though the latter is likely to be a racially flammable issue.