We need a public protector, not a quasi-politician

It is one thing to have the best interests of the public at heart at all times, but it is close to delusional to take a Chapter 9 institution and turn it into a political office. 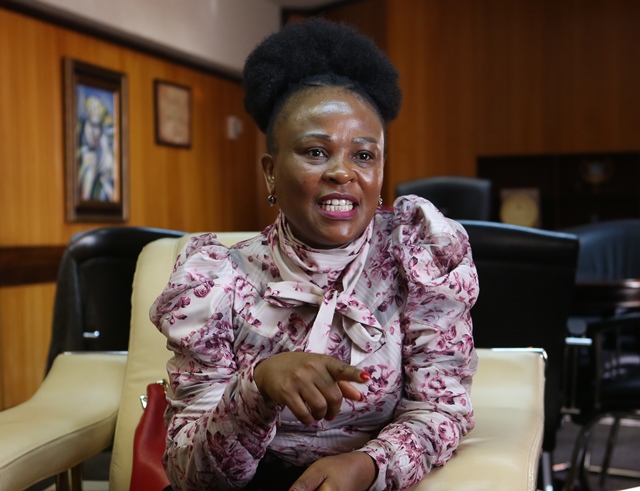 In a bizarre and twisted kind of way, the public spat between the president and Public Protector Busisiwe Mkhwebane is helping not only put meat on certain sections of the Constitution with regards to the public protector’s powers, it is also providing a very public record of her disregard for the sanctity of her office.

This is something parliament or the courts might need later in determining her competence and/or fitness to be in her job. It is one thing to lose cases in court once in a while, it is quite another for an advocate to lose cases routinely and be branded to be dishonest.

One of Mkhwebane’s most recent bizarre calls was for her office to be granted the status of a judge. The call is bizarre coming from her because not only have her actions been far from exemplary since she took office, but they have clearly pushed a certain political agenda, something that judges should never even come close to being accused of.

While she might argue that she does not pick which cases to work on because they’re brought to her by the public, she has total control over how she works and her almost acrimonious pursuit of Pravin Gordhan and, to some extent, President Cyril Ramaphosa has clearly demonstrated that she falls far from behaving like a judge.

Besides, making the call to be treated as a judge after the highest court in the land has said “…the Public Protector acted in bad faith… put forward a number of falsehoods … including misrepresenting under oath” simply shows there is a huge disconnect between what she thinks of her personal competence and what her work has shown her to be.

In what one might call a Freudian slip bordering on the bizarre again, when asked in an interview on Radio 702 what her message to South Africans is, she replied in part: “Let’s not lose focus as South Africans, let’s work together to achieve economic freedom.”

It is one thing to have the best interests of the public at heart at all times, but it is close to delusional to take a Chapter 9 institution and turn it into a political office. The call for economic freedom is a noble one but it’s not her place, nor that of her office, to make or wage the struggle to achieve political goals.

During Jacob Zuma’s term in office there was a time when it seemed the country couldn’t take one positive out of his almost a decade in power.

But, on closer inspection, it became clear that the Constitution, which was crafted with an almost saintly Mandela in mind, needed to be tested by having the opposite of a Mandela in charge of the country. It was a very expensive test for the country and it will take years to recover, but it allowed us to see the limits of our often-praised Constitution. Ditto Mkhwebane.

After the heroics of Thuli Madonsela as public protector, Mkhwebane’s turbulent stint thus far is a stark reminder that no matter how much stature and respect a particular person or leader can bring to an office, we must still have legal and constitutional mechanisms to rein them in when they act contrary to the Constitution.

Seeing her office as a political one immediately put Mkhwebane on a collision course with certain political leaders and took away her impartiality. Fighting for economic freedom aligns her with political parties (or factions thereof) and this is not what the country needs in a public protector.