#MenAreTrash – It’s a matter of perspective

Which is why snide comments made by men who insist they are not trash is such a misguided reaction.

While scrolling through my Facebook feed recently, I couldn’t help but notice desperate attempts by men to detract from the #AmINext and #MenAreTrash movements.

Each time a woman shares an article about the movement, or just voices their fear and uncertainty, there is a male lurking in the comments section, trying to make it about them.

I am not discounting the fact that men have been through their fair share of trauma.

But this is a rare opportunity for women to project their anger and fear without being challenged. It baffles me why this is so difficult to achieve.

I point particularly to men objecting to #MenAreTrash.

If you don’t think you’re trash, that’s great. But tooting your own horn just so you don’t have to feel some sense of responsibility for the hashtag is counterproductive to what women are trying to achieve.

In short, if men don’t have anything productive to say that will add momentum to and solidarity with the new-found voice that women (finally) feel they have, they should be quiet.

Men should be part of this movement, and not just because they may have known someone who has either been abused or abusive, but because the movement against gender-based violence, although nothing new, seems to be explicit enough this time around to actually garner some change.

The tricky part is that this needs to be a mindset change, at grassroots level. And this is not achieved overnight. For every household that teaches young children not to hurt anyone, there are five down the road where kids are witnessing their fathers beat their mothers.

Sometimes we need to generalise, even if this is to the “detriment” of the millions of men who claim to have never done anything wrong. If this makes you uncomfortable, and you want to make it known that you are not trash, then unfortunately, you are part of the problem.

The “trash” part of the infamous hashtag is also a matter of perspective. Some will use it to reference the most extreme forms of abuse. Others see all men who have catcalled a woman as trash.

It just depends on how hurt and afraid the woman behind the hashtag is. And women who use the “generalised” #MenAreTrash have their abusers in mind while tweeting this. They know exactly who they are speaking about. But #ChrisIsTrash is not going to trend.

Which is why snide comments made by men who insist they are not trash is such a misguided reaction.

Stop focusing on the hashtag and look at the bigger picture – slowly but surely, we are making our voices heard, and there is currently no room to cater to anyone who is uncomfortable with a damn symbol. 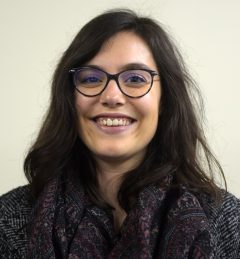