Can we be #StrongerTogether and praise Jesus in the same post?

Were a Springbok fan to say we won the World Cup because of the white people on the team, there would be some serious commotion about it. What makes the glory to The Most High posts any more acceptable? 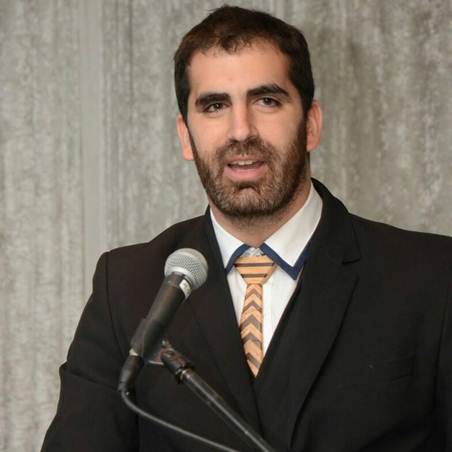 Depending on your vantage point, it could be tough to draw the parallel, but if you look at any of our discrimination legislation as well as the constitution, race, religion and belief are almost always in the same paragraph.

So sure, legally, on paper, it may be an issue, and we can debate the merits between players’ rights and those of their audiences but that’s not what’s important right now.

What is important is how we gladly throw terms like #StrongerTogether out there thinking it’s just about putting 15 different people on a field and playing to their individual strengths … and somehow believing through some magic of national association and correlation that that will translate to 57 million people packed into a country. Sure, it may feel good, but will still take a lot of work.

The notion that it is okay to elevate one’s faith over others and still claim a sense of unity defies reason. In many instances, it may be easy to overcome by simply using a generic non-specific term for a deity (God, Most High, etc) but what happens when you expect to unite a country made up of various faiths under “Christ”? Moreover, even if you went generic, is it justifiable to isolate the secularists?

In South Africa, it’s relatively easy to forget the non-Christian sectors because they make up a relatively small minority and have remained largely quiet about state endorsements such as Christmas and Easter being public holidays … but silence does not necessarily infer unity.

It may seem okay, though, since nobody ever really makes a fuss about it and congratulations to the politicians for not abusing this to manufacture outrage to generate self-relevance (unless, of course, they were too dim to figure it out, in which case I just handed this to them … oops).

This, however, does beg the question what #StrongerTogether really means, because it would seem that we don’t really explore its meaning and simply say it. Were I to challenge people to tell me how they have applied #StrongerTogether to their lives, I doubt I’d receive any significant answers.

While words have a lot of power, they also have meaning; meaning which is often lost on us. So we can parade around feeling great about ourselves for using terms like “nation” and “unity”. Even if we never reflect on what it means, and we’ll probably get away with it legally, considering a combination of freedom of expression and religion. Getting away with it legally, though, does not mean it will get us as far as we might intend it to.

Fortunately, none of this has blown up and I don’t anticipate that it will. South Africa’s primary discriminatory focuses are on race and gender. Therefore any discrimination on other grounds tends to be overlooked, especially in instances where the discrimination does not impact a significant proportion of the population … even more especially when that proportion is docile and lacks either the interest or political will to address the matter.

I’m proud of the Bokke and don’t exactly have a dog in this religion matter either. I do, however, take exception to the abuse of hashtags for their own sake with no consideration for their meaning and potentially acting against the meaning negligently.

The Equality Court recently found against Pravin Gordhan in his fight against Julius Malema on the basis that the speech considered hateful was not made within the prohibited grounds listed in legislation. Malema argued that while his speech may have offended Gordhan, it did not amount to hate speech and the court essentially agreed.

This is different, though. This is society, not court. As I’ve written previously, courts are generally only called in after the problem develops, but we may be able to avoid some problems from ever happening.

In this instance, maybe think if you’re isolating anybody before you say #StrongerTogether. Like many things, you may get away with it legally, but you may lose your intended meaning.

You can totally have your belief about why the Bokke won, and you have every right to express it. For a moment, though, think what your expression does to those who don’t share your belief and how that might affect the rest of your narrative.

Richard Chemaly is an entertainment attorney, radio broadcaster and lecturer of communication ethics