We proved government right about booze

I can’t find fault with the way those in power handled the country’s alcohol problem during lockdown. 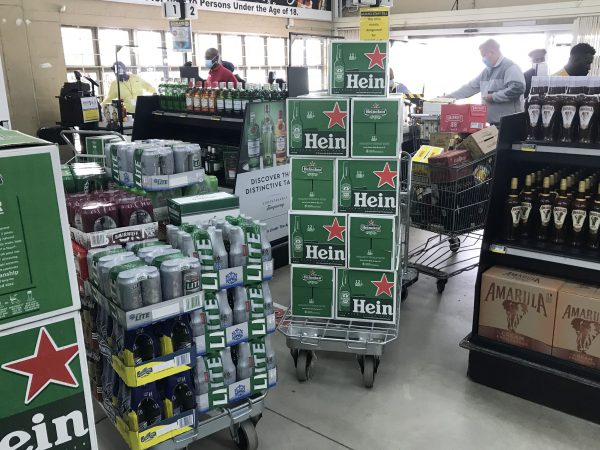 I celebrated my fourth wedding anniversary with the woman of my dreams yesterday.

“Nightmares are dreams too,” I told the lovely Snapdragon yesterday morning. “I know,” she replied.

“After four years, I’m an expert on nightmares.”

I didn’t answer. After four years of married life you know when to keep your mouth shut.

“It could have been worse, you know,” she said after thinking for a moment or two.

“We could both be heavy drinkers. Like the people who lived next door.”

Neither Snapdragon nor I drink anything stronger than energy drinks, but we have been blessed with neighbours who made short work of several boxes of wine every weekend.

“That’s true,” I agreed. “If we were drunkards, one of us would have been dead by now. But, in alcohol’s defence, I’m perfectly capable of doing pretty stupid things when I’m sober. You, too.”

Then she kissed me on the spot on top of my head where she claims I’m balding and proceeded to get dressed for work. I think I’ll take her for an eye test as an anniversary gift.

Of course, she was right – if we were drunks, we would not have been together any more.

Real life isn’t a romance novel with a pink cover. It’s difficult enough without the extra burden of frequent intoxication.

I seldom agree with government on anything – not only our present ANC government, but governments in general. But I can’t find fault with the way those in power handled the country’s alcohol problem during lockdown.

As the former owner of a liquor store, I obviously have a lot of sympathy for those who lost their livelihoods during the alcohol ban but we, as a nation, have proven repeatedly that we are not capable of drinking responsibly.

Apparently government is planning new, harsher alcohol legislation. I, for one, support them. After I’ve completed this column, I will prepare for a special date with a gorgeous woman.

I woke up without a headache and ready for the next four years with my beautiful nightmare. I’m old and wise enough to know it won’t be four years without stupid actions.

But I know it will be fuelled by my own idiocy, not by alcohol.

Give whistleblowers a share of corruption money, and things will change
3 hours ago
3 hours ago
PREMIUM!

Give whistleblowers a share of corruption money, and things will change
3 hours ago
3 hours ago
PREMIUM!