There is a great deal of stolen money in the hands of looters, and state lethargy is inexcusable. 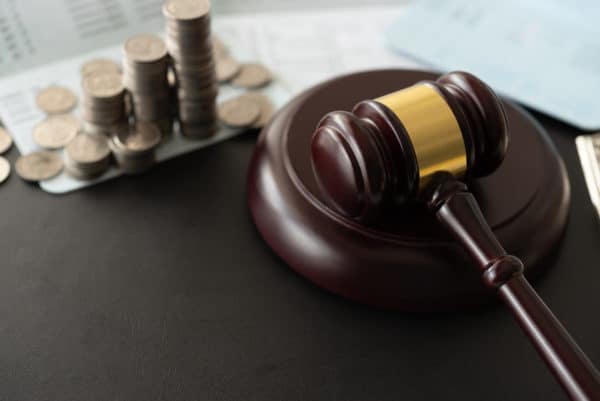 There is an astonishing lack of political will in government to do the basic work required to rake back the loot of state capture.

Understandably, some civil servants are afraid of the consequences of taking steps against the looters, many of whom remain politically well-connected.

However, the department of public enterprises needs to consider establishing a special purpose vehicle (SPV) to take cession of claims for loot. The SPV could be populated with experienced debt collectors who have no reservations about taking on crooked comrades.

Matthew Chaskalson, an evidence leader at the Commission of Inquiry into State Capture, gave an interview to Cape Talk on 27 May in which he let it be known that, unlike the contrite McKinsey, there are 17 other corporates not yet disgorging their loot.

At much the same time, in parliament, cuts to the justice budget were being bewailed by the members of the justice portfolio committee. The National Prosecuting Authority (NPA) and the Hawks were among those to suffer cuts.

How this can make sense at a time when so much loot is awaiting collection is difficult to fathom. Veteran African Christian Democratic Party member MP Steve Swart pointed out these institutions can pay for themselves and more if they are functioning and resourced as they should be.

Unfortunately, they are not operating optimally. Leaders in both the NPA and the Hawks complain of the compromised and “hollowed out” status of the anti-corruption machinery of the state.

Vacancies, lack of resources and lack of capacity to mount the complex work required to hold the corrupt to account and to recover the considerable loot of state capture bedevil the functioning of the criminal justice administration.

As the estimates of the extent of the looting are in the R1 to R1.5 trillion range, there is a great deal of stolen money in the hands of looters which should be collected urgently to start redressing the impact of corruption.

Minister of Finance Tito Mboweni let it be known that weary taxpayers will be called upon to bail out state-owned companies (SOEs) in the near (2022 to 2025) future and in years ahead.

He reportedly said: “The level of operational and financial underperformance, as well as weak balance sheets of most SOEs, suggest SOEs may struggle to meet their maturing obligations as and when they become due and (pay them) solely from internally generated resources, based on historic trends. As such, current indications suggest that SOEs may have to rely on fiscal support, or have their debts rolled over or refinanced.”

The “internally generated resources” obviously do not include the recovery of loot from SOEs pillaged during the Zuma era state capture project. Indeed, very little loot has been recovered.

Gupta assets frozen in the UK and US are left to rot instead of being recovered and refunded to the SOEs looted by them. However, there is a glimmer of hope.

On 4 August last year the national executive committee (NEC) of the ANC announced it had instructed the national Cabinet urgently to establish a permanent standalone, specialised and independent body able to “deal with corruption” using a multidisciplinary approach.

This instruction accords with the criteria established by the Constitutional Court in the Glenister litigation, criteria currently absent from the criminal justice administration due to the efforts of the Zuma administration to neutralise corruption busters.

The urgency of the situation, as stressed by the NEC, is unfortunately lost on Cabinet.

During the State of the Nation Address in February, the president announced it was envisaged a body somewhat like that required by the NEC would be established after a two-year-long lead-in period, during which a still to be formed advisory council would deliberate on it.

Cabinet has in mind a statutory body that answers to parliament, not the executive branch of government. While the latter feature is a step in the right direction, the formation of a new statutory body leaves SA no better off than it was before the Scorpions were dissolved.

Clearly, the NEC demand for a permanent body has to be met if we are serious about countering the corrupt who infest SA. It is worrying that Cabinet envisages kicking the can down the road for two years via the advisory council, an unnecessary step given that the court has been explicit in the criteria it requires.

These criteria are obligatory, as is required by the rule of law. They have become known as the Stirs criteria. An elite and dedicated body of Specialists who are Trained properly to function Independently and are Resourced in a guaranteed fashion is required.

Vusi Pikoli, a former national director of public prosecutions, has even suggested executive interference with the corruption busters should be made a criminal offence.

The vital security of tenure of the corruption busters is best achieved by establishing a Chapter 9 body to do the work of preventing, combatting, investigating and prosecuting grand corruption in SA.

Careful appointment mechanisms must be devised and all recruits should be subjected to the type of integrity testing the Special Investigating Unit has had for about 10 years.

The second ray of hope is the Democratic Alliance putting the finishing touches on draft Bills to enable the new body. It is now up to civil society organisations to do what they can to generate the political will to effect the reform so urgently needed.

The creation of the SPV for recouping loot does not require any legislation, but it does presuppose there are people in government who would like to see the loot returned so as to remove the burden of replacing it from the taxpayers of SA.

Hoffman is director of Accountability Now. His new book, Countering the Corrupt, is free at www. accountabilitynow.org.za.