Why Mashaba won’t be mayor

He kowtowed to the EFF in multiple instances, including budget, senior appointments and language preferences. 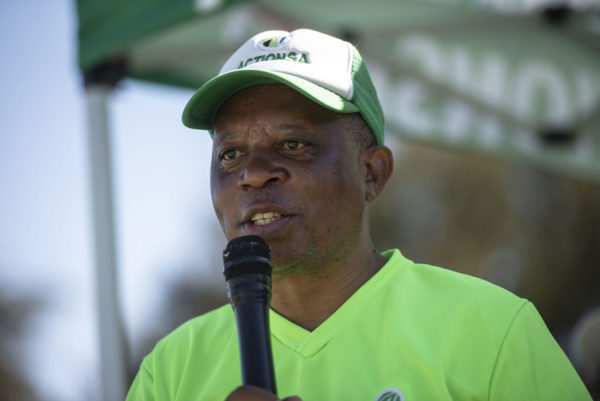 Forgive them, they know not what they do. This applies to folks who think Herman Mashaba will again be Johannesburg mayor.

Here are some things they may not know. When Mashaba resigned in October 2019, he avoided a showdown with a councillor whom he accused of racism for suggesting that suburban residents should not be neglected.

The Democratic Alliance’s (DA) federal legal commission scheduled a “mediation process” for 8 November, 2019 between Mashaba and the councillor, after each had laid complaints against the other.

There was no way Mashaba would attend. By then he had lost support within his caucus of DA councillors who had elected him.

We did not appreciate his preference for Economic Freedom Fighters (EFF) councillors, who hold no Joburg wards. It wasn’t the only time that Mashaba used a racist accusation to answer a service delivery complaint.

When a journalist tweeted about a derelict pavement, Mashaba responded: “Some of beneficiaries of the past evil apartheid system have decided to become opponents of our multiparty government.”

Now, some suburbanites imagine Mashaba is their champion. Depends which way the wind is blowing on any day. Mashaba kowtowed to the EFF in multiple instances, including budget priorities, senior appointments and language preferences.

An EFF-supporting candidate ranked fifth on the list for chief of police was appointed. That guy now works for Mashaba’s party.

He praised EFF councillors as better than those of his own party. He bade them a fond farewell in person, while ignoring DA councillors who had campaigned alongside him.

Now, he calls Julius Malema an anarchist and says the EFF is a threat to constitutional democracy. No one should accuse Mashaba of consistency.

There is no “mayor” category on local government election ballots. To be elected mayor requires the support of a majority of 270 councillors. The DA, ANC and EFF are unlikely to support him.

In a BusinessLIVE column on Monday, “Why I’ll never vote for Herman Mashaba again”, Toby Shapshak described the ex-mayor’s tenure as “the antithesis of leadership: combative, belligerent and bizarrely xenophobic.

It was on his watch that the City of Joburg began to crumble.

“By the time Mashaba quit the party and as mayor … the city was already so badly potholed nobody could drive down a road without fearing a burst tyre.”

Shapshak predicts investigative journalists “will soon uncover more of the dodgy deals that happened during his frankly disastrous time as mayor. He doesn’t deserve another chance.”

Indeed amaBhungane have already shown links between Afrirent – and other fleet contracts – and shortages of fire engines, Pikitup trucks among others. Much of the current shambles can be traced to Mashaba’s politically compromised and, therefore, weak leadership.