Zuma should reflect and do the right thing – ANC Gauteng

"As the ANC we have to do a deeper introspection and take far-reaching decisions that will repair the damage to our image." 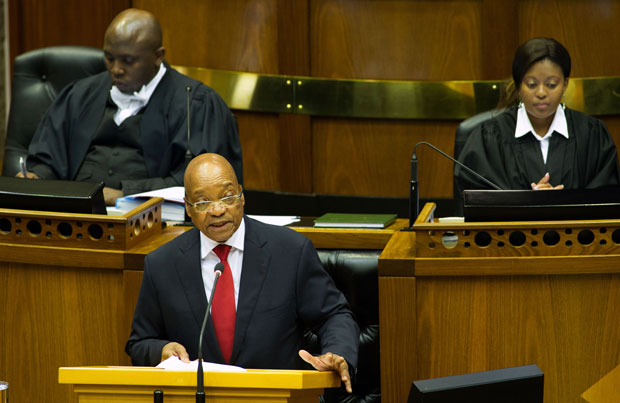 The ANC’s Gauteng Provincial Executive Committee (PEC) has called on President Jacob Zuma to resolve the crisis the party has recently been facing by “reflecting deeply and doing the right thing”.

According to a statement released by the ANC Gauteng PEC, a special meeting was held on Monday to discuss a detailed report received by the committee on the decisions of the Extended ANC National Working Committee (NWC) regarding the Constitutional Court judgment on Nkandla.

In the report, the NWC calls for yet another meeting for consultation on the ruling and the PEC to coordinate a programme to consult ANC constitutional structures.

“During these consultation meetings, we will report about the decision of the NWC and seek the views of our members and a broad cross section of sectors of our society.

The PEC said it had accepted the public apology of President Jacob Zuma, however, it believes the apology was just the beginning of dealing with “the political damage and mistrust” caused by the mismanagement of the Nkandla matter.

“As the ANC we have to do a deeper introspection and take far-reaching decisions that will repair the damage to our image and to continue to enjoy the confidence and trust of our people.

“It is in that context that our President comrade Jacob Zuma should reflect deeply and do the right thing to resolve the unprecedented crisis that the ANC currently faces, The ANC has never taken the support of our people for granted and was founded to defend and advance the rights of our people,” the statement said.

Daily news update: Zuma to lay charges against Downer, SIU vs Mkhize and Eswatini protests
22 hours ago
22 hours ago

Daily news update: Zuma to lay charges against Downer, SIU vs Mkhize and Eswatini protests
22 hours ago
22 hours ago