After making himself unavailable for the national team's last two matches, Raven Klaasen arrives for the Lithuania clash. 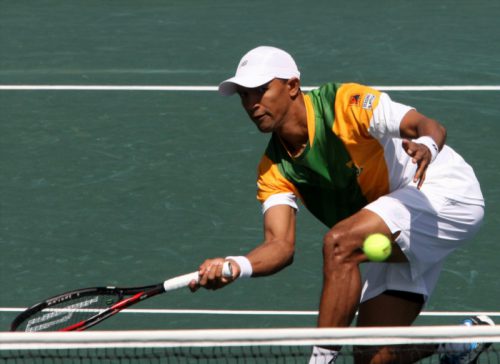 Returning to the national squad following a 16-month absence, in-form doubles specialist Raven Klaasen believes he can bolster the SA Davis Cup team after displaying the form of his career on the ATP Tour.

The 33-year-old player joined American partner Rajeev Ram in reaching the semifinals at Wimbledon last week, and while they were eliminated in the penultimate round, Klaasen felt the performance was more of an achievement than his appearance in the final of the 2014 Australian Open with former teammate Eric Butorac.

“I’d actually put this one above the performance in Australia,” Klaasen said on Wednesday, after climbing to a career high No 9 in the latest world doubles rankings.

“Nobody really knew much about me at that level back then, but everyone now has an idea of who I am and they’re prepared for me, so I’ve had to raise my game.

“I’ve had to make a lot of improvements to ensure I’m consistently performing at a higher level.”

After making himself unavailable for the national team’s last two matches, Klaasen arrived in Kaunas at the weekend for the Euro-Africa Group 2 round two tie against Lithuania starting on Friday.

He was set to be joined by teenage prospect Lloyd Harris, Tucker Vorster and doubles partner Ruan Roelofse.

While he had played 11 ties over the past seven years, this would be Klaasen’s first Davis Cup contest under captain Marcos Ondruska, who was appointed late last season.

“It’s refreshing having Marcos with the team, and what stands out is how young the team is now,” Klaasen said.

“There are a lot of positive things in place, and there’s a big picture with long-term structures which will help us compete consistently better in the Davis Cup.”

With SA singles No 1 Kevin Anderson extending his lengthy hiatus from the squad, and Harris and Vorster both ranked outside the top 300 in the world, Klaasen admitted it would assist the tourists if Lithuania’s top player, world No 57 Ricardas Berankis, did not turn out this week.

Though he was not included in the host nation’s provisional team for the crucial claycourt tie, with a promotion playoff on the line, competition rules allowed teams to make changes up to an hour before Thursday’s draw, and the South Africans believed there was still a reasonable chance Berankis could pitch on the eve of the tie.

“We’re not reading too much into that, and each of us will focus on playing the best we can for the team, regardless of who we’re playing,” Klaasen said.

“But if he doesn’t show up, it will probably count in our favour.”