The DA sat on apartheid’s benches and Hlomisa ‘did wrong under Madiba’, claims Zuma. 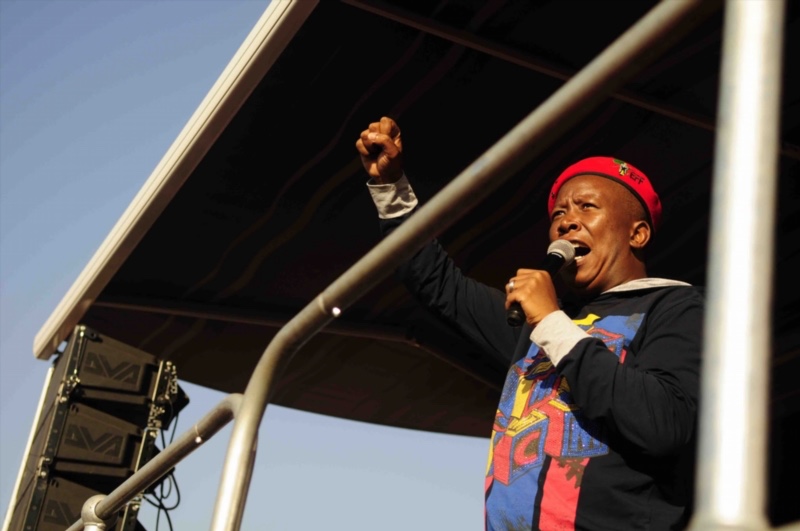 No, President Jacob Zuma has it all wrong. This was the message from his political opponents yesterday.

Zuma on Thursday launched an attack on several political leaders during a visit to Tlokwe in North West.

After hearing that they did not have what it takes to lead the country, opposition parties responded to Zuma’s remarks, saying he should look in the mirror.

The outspoken EFF leader, Julius Malema, went on to describe the president as a “dumb fool”.

On Thursday, Zuma called on South Africans not to vote for opposition parties, some of whom he described as formerly violent and shrinking. He said those who left the ANC would never be right.

“There was a party in KwaZulu-Natal filled with violence … I forgot its name, and there is another party whose leader is from the ANC who did wrong when Madiba was still around [referring to Bantu Holomisa], [and] who was expelled and went on to form his own party, whose name I also forgot.

“There is another party whose leader was expelled from the ANC because he was disrespectful … he left angry and his party is full of angry people [referring to Malema],” Zuma said.

He said Malema was expelled because of ill-discipline and for misbehaving. The president also took swipes at the DA and Cope, saying of the main opposition party that some of its members who sat in parliament during the National Party rule were still there in the DA.

He described Cope as a shrinking party. Speaking to Saturday Citizen, Malema did not mince his words when he said Zuma was not worth being called a president.

“Zuma is dumb … he is the number one fool, and it took me one year after the Polokwane conference to realise that he is dumb,” Malema said.

He said Zuma’s utterances at the rally were a sign of the “last kick of a dying donkey”.

“Everyone must regret supporting this man who is a miscarriage of justice and somebody who lacks substance.

“I thank God for giving me the opportunity to live to correct those mistakes,” Malema added. Other opposition parties also had something to say.

The DA’s Mabine Seabe said: Zuma’s remarks showed how the ANC had no plans for the country.

“President Zuma has a misunderstanding of sentiments on the ground.”

UDM leader Bantu Holomisa said Zuma sounded like “someone who was not OK upstairs”.

“It is clear that this man is frustrated. He should rather look at his organisation, which is currently contradicting the positive gains of our history under his leadership,” said Holomisa.

“It’s true they fired me, because they were paving the way for their corrupt tendencies,” Holomisa said.

Cope’s Dennis Bloem said Zuma should mind his own business.

“There is tension within the ANC to an extent where people are killing one another. So Zuma must “not worry himself about other parties”, and rather focus “on his own party”.