The owner of the institution apparently committed suicide in May, and the college shut its doors after students had already paid enrollment fees. 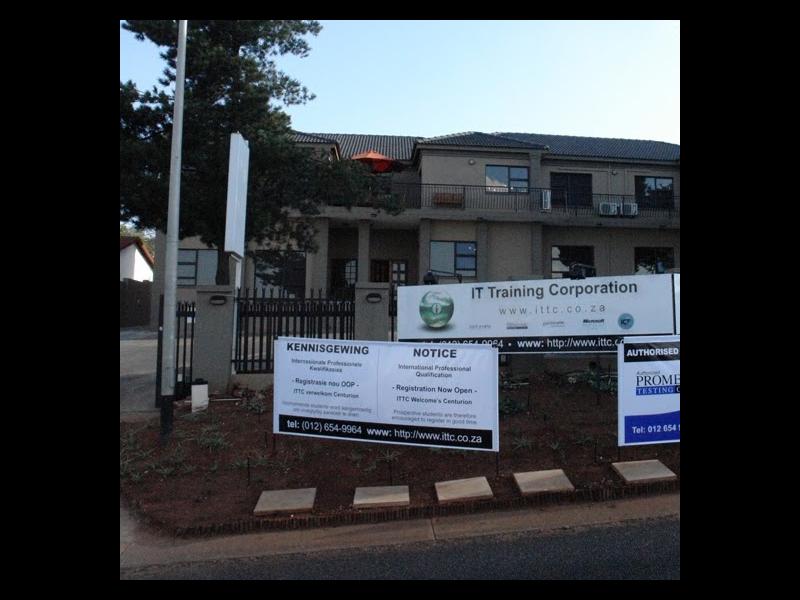 IT Training Corporation in Eldoraigne shut its doors without notice in July. PHOTO: Centurion Rekord

Scores of students were left stranded when they discovered their college in Centurion, Gauteng, had shut its doors without giving notice, Centurion Rekord reports.

IT Training Corporation (ITTC) in Eldoraigne apparently accepted large sums of money for new enrolments in June, only to close down on July 1. This left about 120 students without any refunds and no prospects of a qualification.

One of them, Leandi Mollentze, said she tried to log on to the institution’s server on Friday 1 July, but the attempt failed several times. She decided to drive to the campus the following Monday.

“I found the gates were locked. Luckily I had the secretary’s cell number, and she informed me that the company was liquidated.”

Mollentze said she had paid more than R32 000 upfront for her fees, as the institution did not allow payments in instalments.

“The money is gone because the business is insolvent. There are students who paid R40 000 in June but now their money is also gone,” she said.

She said she contacted one of the directors of the company, who apparently informed students they could not be refunded.

The owner of the institution apparently committed suicide in May this year.

“How is it possible that the money is gone? Where did it go to? It’s not possible? Something is wrong and this is unacceptable,” asked Mollentze.

Rekord tried in vain to get hold of the director, who is based in Port Elizabeth.

Mollentze said the students discovered that the IT training was not accredited with the department of higher education.

“I wasn’t aware that it wasn’t accredited until one of the students contacted the department. There isn’t a government organisation that can help us.”

Department spokesperson Khaye Nkwanyana advised the students to report the matter to the nearest police station for investigation.

Nkwanyana said the department was not aware of any complaint against ITTC.

It was illegal to operate an institution not accredited or registered with the department, he said.

“All private education institutions that offer qualifications registered on the National Qualifications Framework (NQF) from levels 1-10 are required to be registered with the department of higher education and training.”

Should we criminalise the act of driving someone to suicide?
4 weeks ago
4 weeks ago
PREMIUM!

Should we criminalise the act of driving someone to suicide?
4 weeks ago
4 weeks ago
PREMIUM!