The Western Cape premier took to Twitter to boast about the rand's performance. 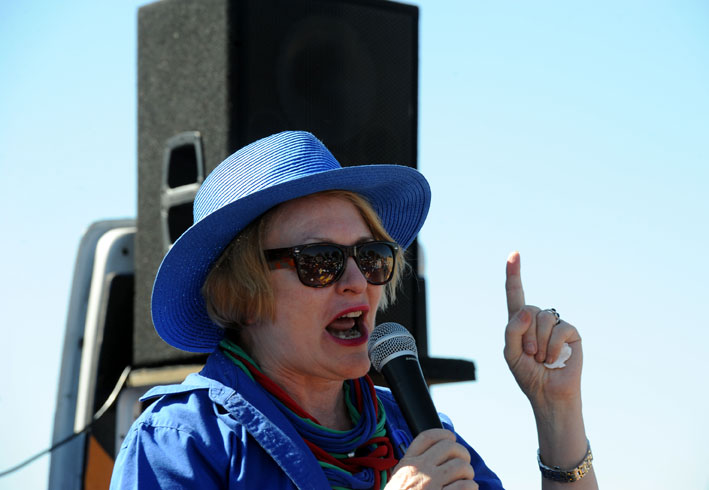 With the rand rebounding and gaining much momentum following last week Wednesday’s bruising local government elections that shed the ANC’s majority for the first time since the dawn of local democracy, former DA leader Helen Zille seems to attribute the local currency’s appreciation to her party’s historical electoral inroads.

Zille took to Twitter on Wednesday evening to harp about the DA’s performance in response to news that the rand’s value had gained more than 16% against the dollar since the beginning of this year, booting out Nigeria as Africa’s largest economy, in terms of the currency markets.

South Africa’s rand hit a fresh 10-month high against the dollar and British pound in early trading on Wednesday morning, as emerging markets continued to gain against the US currency. At 10:20 on Thursday the rand traded at R13.35 against the green back. However, analysts have cautioned the currency might come under strain in the coming months due to global risk aversion resurfacing and sluggish growth on the domestic front.

And thank the DA's electoral performance, at least in part, for the Rand's recovery in recent days. https://t.co/4DjYibn5RA

The tweet from the premier of the Western Cape, the only province not run by the ANC, sparked criticism and adulation from some of the users of the social networking site.

@helenzille beware of what u wish for, for it might come true. @MmusiMaimane can win national elections. Will you grit ur teeth or be happy?

why doesn't the DA have a "before & After" pics of the changes? stats & numbers work but so do images .

ANC municipality sets Grade 11 standard for its managers
8 hours ago
8 hours ago
PREMIUM!

ANC municipality sets Grade 11 standard for its managers
8 hours ago
8 hours ago
PREMIUM!