The SA Communist Party wants government and those with deep pockets to subsidise poorer students. 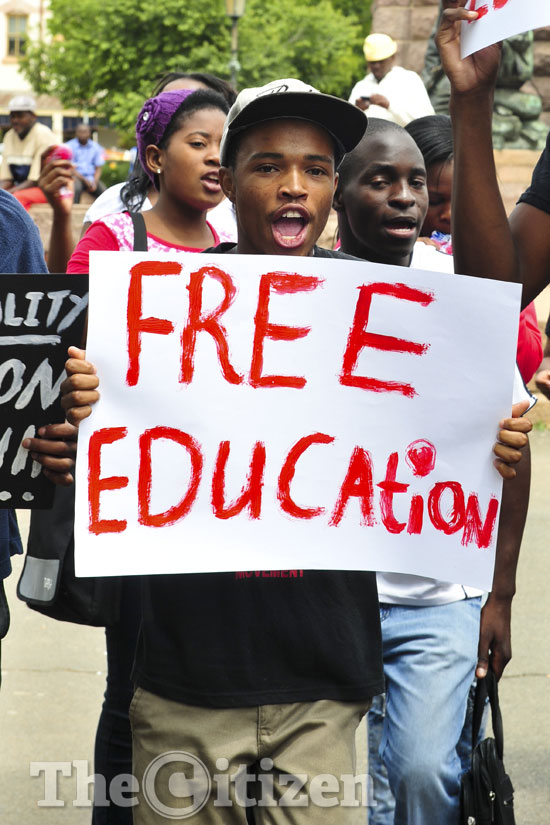 The SA Communist Party (SACP) has joined the free-education bandwagon, calling on government to raise the budget allocated to the higher education and training department.

“The SACP notes that the Commission of Higher Education and Training, or the Fees Commission, has not concluded its work, and therefore calls for a no-fee increase,” spokesperson Alex Mashilo said.

Higher Education and Training Minister Blade Nzimande on Monday said a decision about next year’s fees would be announced by the end of the month.

Mashilo said the party reaffirmed its policy for a progressive roll-out of free higher education for the historically disadvantaged, especially those students from working class and poor families, who struggled to afford student fees.

“The rich and the well-off must contribute, including by means of student fees, to reduce and eliminate inequality in higher education and training, given that the state subsidises the education of all students.”

Meanwhile, a heavy police and security presence was seen at the University of the Witwatersrand (Wits) yesterday in anticipation of violent disruptions. Speaking to The Citizen yesterday afternoon, Wits students representative council (SRC) and SA Union of Students (SAUS) general secretary Fasiha Hassan said she had observed a group of eight private security officials with police on standby at campus.

“They don’t always wear uniforms, so it is difficult to identify them,” Hassan said, “but there is definitely a heavy police presence across campuses.’’

Hassan said the SRC and SAUS were in the process of creating an online questionnaire for students to give feedback on the education system and its financing. Talks were continuing across the country’s institutions. “We will only disrupt academic projects as the last resort.”

Wits vice-chancellor Adam Habib made it clear that an 8% increment was required for next year, even if it did not come from fees.