Truth is, we have no president – Vavi

The former Cosatu secretary general has blamed the president and his deputy, among others, for the Eskom debacle. 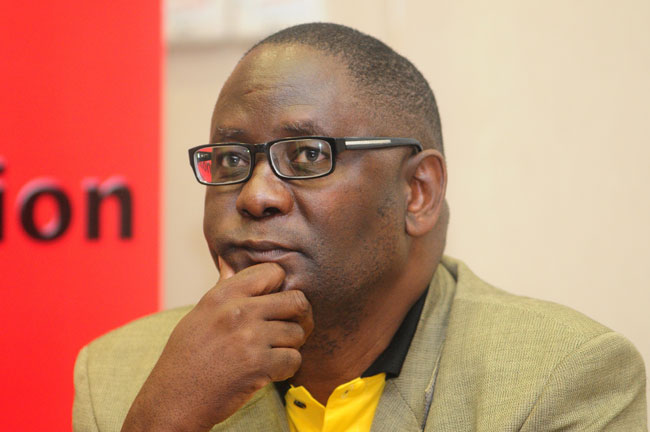 Former Cosatu general secretary Zwelinzima Vavi on Tuesday lashed out at the ANC over the Eskom and National Treasury saga.

He took to Twitter to blame the ruling party for Eskom’s defiance of the National Treasury. The parastatal has lost R100 billion under the watch of former finance ministers Trevor Manuel, Nhlanhla Nene and current Finance Minister Pravin Gordhan.

“The truth is that we have no president, deputy president, Cabinet, Parliament. It wouldn’t be possible for Eskom to defy Treasury if we had one. Treasury must tell this nation what is in that Tegeta box,” he wrote.

The truth is that we have no President, Deputy President, Cabinet, Parly. It wouldn't be possible for ESKOM to defy Treasury if we had one

The National Working Committee (NWC) of the African National Congress (ANC) met in an ordinary scheduled meeting on Monday to address different issues, including the Eskom debacle.

In a statement, the ruling party said it was “unfortunate” that Eskom and Treasury had taken their disagreements on matters relating to procurement practices to the public.

“The ANC calls for an urgent meeting between the ministries of Public Enterprises, Treasury and Energy to decisively deal with this matter in a manner that promotes public confidence.”

Also questioning the president’s credibility was poet Ntsiki Mazwai, who took to Twitter to ask why the ruling party had not sacked him, in light of recent calls for him to step down and the SACP blaming him for the party’s recent loss at the municipal elections. “Why can’t ANC just fire Zuma?” she asked on Twitter.

She further asked if the party had any “intellectuals”, a question she already also posed before when the party used Khanyi Mbau in their campaigns. She argued that using Mbau was an “insult to intellectuals”.

Does anc have any intellctuals u can think of?

This after former Business Day editor Songezo Zibi posted an advertisement that appears to be from the ruling ANC, announcing that Mbau would be a “Special Guest” at a fundraising event under the topic “Shaping our Economy”.