Professor Somadoda Fikeni says the ANC is less worried about the organisation's future existence than it is with factional battles. 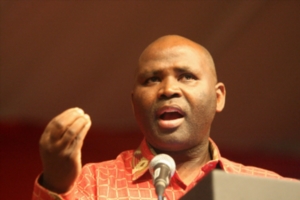 Attempts by the ANC to appease voters that it heard their loud clarion call for change post the municipal elections will only fall on deaf ears because the party is currently engaged in ‘deadly battles’ of political survival, says political analyst Professor Somadoda Fikeni.

Speaking to The Citizen on Wednesday, Fikeni said the enduring failure of the ANC to speak with one collective voice over scandals plaguing National Treasury and state-owned enterprises Eskom and arms manufacturer Denel showed that the organisation was at war with itself.

“I don’t think there is much caring about what will happen to the ANC’s future any more. It’s a deadly battle among the factions. The president himself, I think he is going to fight until the bitter end. Because of that, it makes it very difficult to have introspection when they are divided.

“It helps to have a coordinated message because, right now, you see that there are different voices, each one calling a press conference saying the very opposite of what the previous one has said. It creates an impression of a very divided anti-team,” he said.

Fikeni said President Jacob Zuma, whose name had been at the centre of corruption claims and allegations of manipulation of state security agencies, had been notably absent from asserting his control over the crises.

“Instead of him showing his assertiveness to say ‘I disapprove of how things are happening’, he is also adding to this confusion. The alliance partners and the MKMVA [Umkhonto weSizwe Military Veterans’ Association] ought to have a strategy of making sure that any communicated message is done internally and, if needs be, to be done externally. They should have mechanisms of making sure there are no contradictions, even if they have issues that they are not happy with.’’

The political pundit has also said the party’s highest decision-making body, the national executive committee, fears taking action against Zuma because they seem to be “frozen and stricken” to raise issues, and the tripartite alliance consisting of trade union federation Cosatu, Sanco and the SA Communist Party should play their cards right to have influence over the movement.

READ MORE: Truth is, we have no president – Vavi

“To that extent, they can raise issues, hopefully, and put them in terms of the notion that this alliance is based on certain principles and expectations. Should those not work, they will not be bound to stay in the alliance because they’re not there because of sentiment.

“These are very practical objectives and principles. If that doesn’t happen, ANC factions could simply say, well let’s get rid of them […] In terms of our balance of forces going into 2019 – that’s another possibility,’’ he said.

On calls for the ANC to hold an early elective congress, he said that would be an exercise hampered by “the very logistics of organising a conference and the fact that the ANC is still having this fatigue of a long, drawn and very costly exercise of election campaigning”.

He thinks the ANC should hold an early consultative meeting instead to look into its challenges, as the SACP suggested on Sunday.