What Grade 3 kids had to say about Zuma, Malema

To one kid, it was possible for Mandela to be both deceased and still running the country, while others thought the EFF leader was 'rude'. 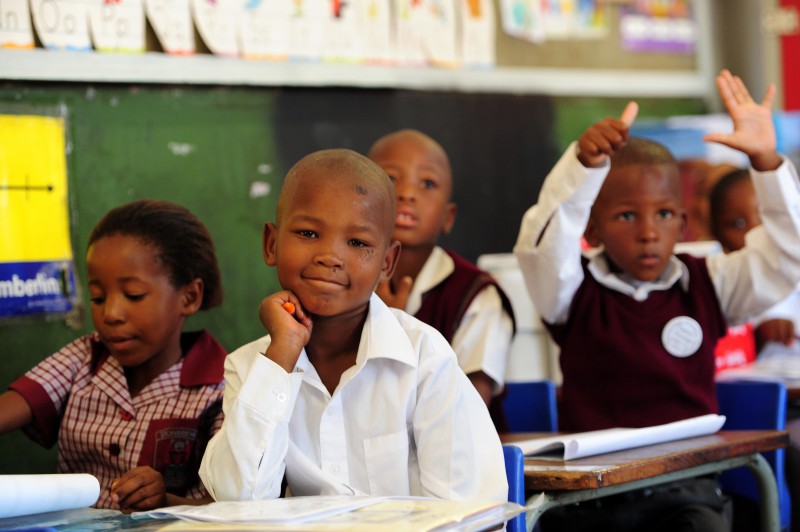 While some of their responses were funny, some highlighted how important it is for parents to educate their children about the realities of the world despite what they see on TV.

The kids seemed to know more about Mandela – that he went to prison for 27 years and died at the age of 96 (close enough), though they also thought he was still president of South Africa despite his death.

When asked about Malema, they did not seem to like him, with one kid saying Malema was always fighting and rude. He said Malema and Zuma always fought for votes in parliament.

On Zuma, they knew he was the ANC president. One kid said he liked Zuma because he gave them “thousands and thousands” of child grants.

They did not seem to know Madonsela, with some suggesting she was the “parliamentary Speaker”.

On their careers, most of them wanted to be soldiers and cops so they could curb the crime they witnessed, also highlighting the role of nyaope in destroying communities.

The kids in the Katlehong school thought June 16 was a voting day.

On Nkandla, they only knew that it was in KwaZulu-Natal.

However, kids who went to a private school in the suburbs seemed to know a bit more.

One kid said June 16 was like Children’s Day. He said the “children” were fighting because they did not want to be taught in Afrikaans, further talking about “the one kid who was killed by the police”, though he could not remember the name. “The kids won in the end,” he declared.

On Nkandla, one white kid said it was the biggest house in the country and it belonged to the president. He said it was wrong for the president to own a big house because he could not afford it and he used the taxpayers’ money to build it.

On careers, most of the kids wanted to be wild animal vets, accountants, designers and pharmacists.

According to the show, what children know about the politics of the country also depends greatly on the role their parents play in their education. It also concluded that the educational background of parents played a role in how much their children knew about the world.

Parents should not only rely on schools for their children’s education but also make time to find out how much they know.

Parents were also encouraged to be involved in their children’s extramural activities, and were urged to take them to educational places such as zoos and libraries, as this would help in their understanding of the world.