The party is alleging that Tshwane's former mayor used taxpayers' money to campaign during the elections. 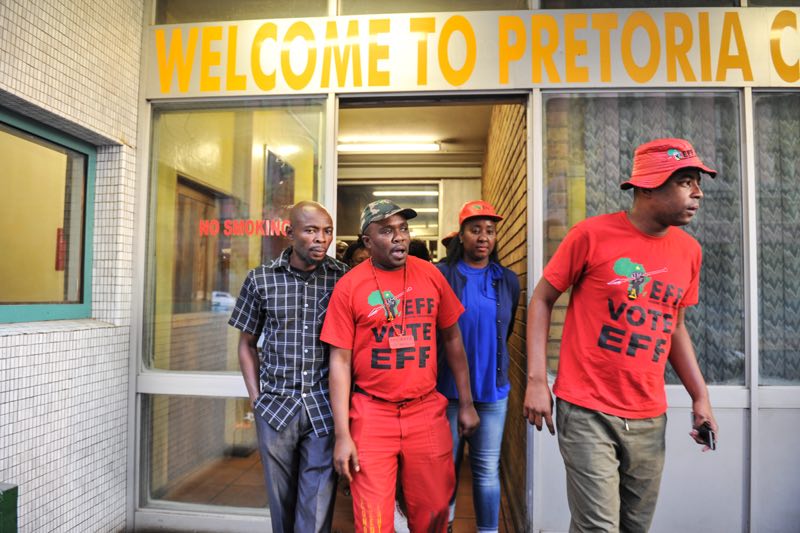 The Economic Freedom Fighters (EFF) in Tshwane opened a case against former Tshwane mayor Kgosientso Ramokgopa for corruption following the alleged misuse of billboards throughout the city.

Tshwane EFF chairperson Councillor Benjamin Disoloane said several billboards, which were paid for by the Tshwane metro for council initiatives, were instead used by the ANC to campaign for the local government elections.

He said the billboards were paid and booked just before the elections.

“These billboards are all over the city with Zuma’s face on them, but they are meant for the council’s campaigns, such as Operation Kuka Maoto. We checked with the companies that provide that service and they told us they were booked by the council,” he said from the Pretoria Central Police Station.

The EFF tried to use the billboards during their election campaigns but were told they were already booked.

“We believed they were booked by the council. That is why we opened a case. As far as we understand, the money comes from the municipality. We want this to be investigated and we want proof from the ANC that they paid for this.”

READ MORE: Gordhan dares the Hawks to arrest him

Disoloane expressed dissatisfaction with the Pretoria Central Police Station as he waited close to five hours to be helped.

“A detective told us we had no case and had to go to the magistrates’ court to get approval from the prosecutor. When we returned, that same detective told us he was going home. Most of our police stations across the region are not service driven and, as the EFF, we experienced the same thing.”

On Wednesday, Tshwane mayor Solly Msimanga laid charges of corruption, fraud and misuse of public money against three high-ranking officials of the previous administration at the Brooklyn Police Station.

The charges of corruption were based on two forensic reports in Msimanga’s possession.