VIDEO: Thug steals cop’s gun and makes run for it

A suspect tried his luck on Thursday evening when he attempted to escape from Pretoria Central Police Station, snatching a gun from an officer in the process. 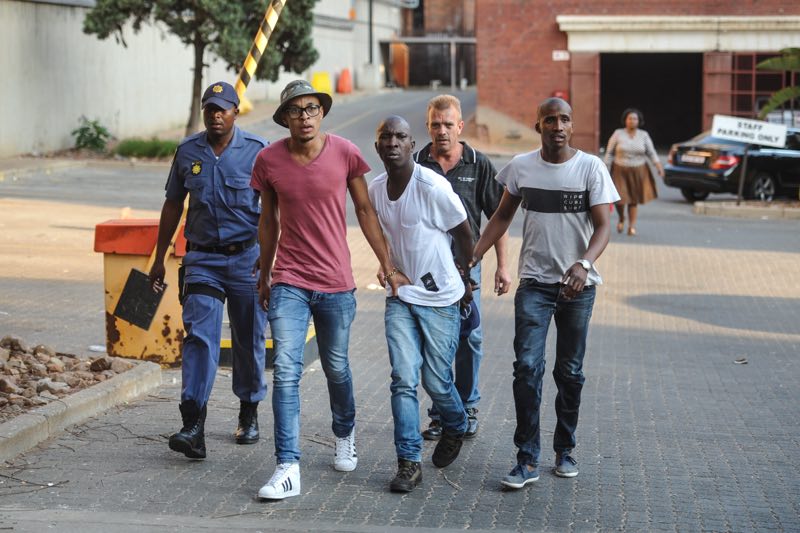 The man was being charged for a separate crime when he freed himself and grabbed the gun from the officer’s holster. It is still unclear what he was initially arrested for.

He pushed through a crowd of people in the station who were queueing to be helped, out of the police station building and into the parking lot of the Pretoria Magistrates’ Court next door.

Three armed officers immediately chased after him. The man was apprehended, as there was no other exit from the court’s parking lot.

The video below shows the suspect being marched from where he was rearrested.