EFF students, others, cause anarchy in Pretoria

The students had marched to the administrative building, demanding to see the vice-chancellor, but the doors were locked. 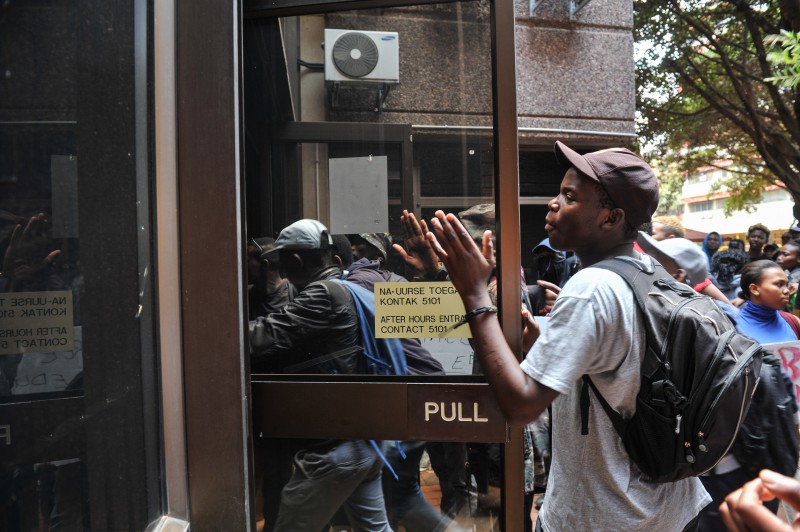 While many students across Pretoria universities have accepted the announcement of zero fee increment for selected students, various student movements caused disruptions at the Tshwane University of Technology (TUT) and the University of Pretoria (UP) yesterday.

The disturbances led to the Arts and Arcadia campuses being shut down yesterday morning, before students boarded buses to the main campus in Pretoria West for a mass meeting.

The students had marched to the administrative building, demanding to see the vice-chancellor, but the doors were locked.

This led to hundreds of students raiding classrooms at the main campuses, dragging students from lectures and demanding they join the protests. TUT’s students’ representative council (SRC) leader Andile Malefo said the protesting mob had “elements of disruption and anarchy”.

“What angers me is when academics are being disrupted. They are taking people out of class and the library, where students are preparing for exams. They should march to the administrative building and speak to the vice-chancellor but they don’t even have a memorandum,” Malefo said.

At the University of Pretoria, the EFFSC stopped a UP SRC meeting and demanded the university be shut down.

EFFSC president Kabelo Mahlobogwane told The Citizen they had requested a meeting with the vice-chancellor of UP, Prof Cheryl de la Rey, but she was a no-show.

He said they had rejected Higher Education Minister Blade Nzimande’s announcement of an 8% increment and demanded a shutdown of the university.

SRC chairperson Thabo Shingange was in a meeting late yesterday afternoon to discuss the situation on the ground and the way forward.