The DA wants Zwane to be fired for acting like a ‘hired gun’ for the Guptas and misleading the public on the real intentions of his proposed inquiry. 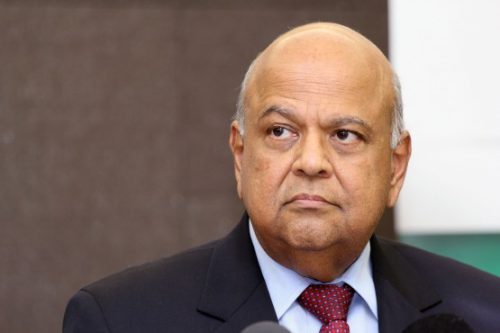 The Democratic Alliance (DA) said leaked findings of Mineral Resources Minister Mosebenzi Zwane’s proposed judicial inquiry into the country’s banking sector reveal that his real intention was to aim for and investigate Finance Minister Pravin Gordhan for failing to challenge the banks on why they withdrew services to the Guptas’ Oakbay Investments.

A statement released by the party’s shadow minister of finance, David Maynier, on Thursday said it was “terrifying” that the leaked findings suggested that the probe was devised to “consider the allegations against certain members of Cabinet and their abuse of powers and authority” in colluding with banks against the family.

“This is quite different from the Inter-Ministerial Committee’s statement on September 1, 2016, which simply states that Cabinet resolved ‘to recommend to the President that, given the nature of the allegations and the response received, that the President consider establishing a Judicial Enquiry [sic] in terms of section 84 (2) (f) of the Constitution’,” Maynier said.

Zwane was appointed by Cabinet to head the Inter-Ministerial Committee (IMC) established earlier this year to engage banks on their controversial decision along with Gordhan and Labour Minister Mildred Oliphant.

Cabinet and the Presidency have distanced themselves from the minister’s proposed judicial inquiry, but he maintained the decision was pending and would be finalised.

Maynier said Zwane should be fired for acting like a “hired gun” to serve the interests of the Guptas, close friends of President Jacob Zuma, rather than acting in the public interest and the law.

“… It’s hard not to conclude that the cabinet member who would have been most likely investigated is the Minister of Finance, Pravin Gordhan, who correctly advised Oakbay Investments (Pty) Ltd, to seek relief in the courts.”

Maynier also said he would not let the matter die but would submit detailed parliamentary questions to Zwane to find out how the findings of the IMC came into the possession of the Guptas’ public relations firm, Bell Pottinger.

According to a report by Fin24 on Thursday, the PR Company knew about the proposal seven weeks before Cabinet did.