Students plan to protest until education is free

Leaders discussed a plan of action for the next attempt to march through Braamfontein. 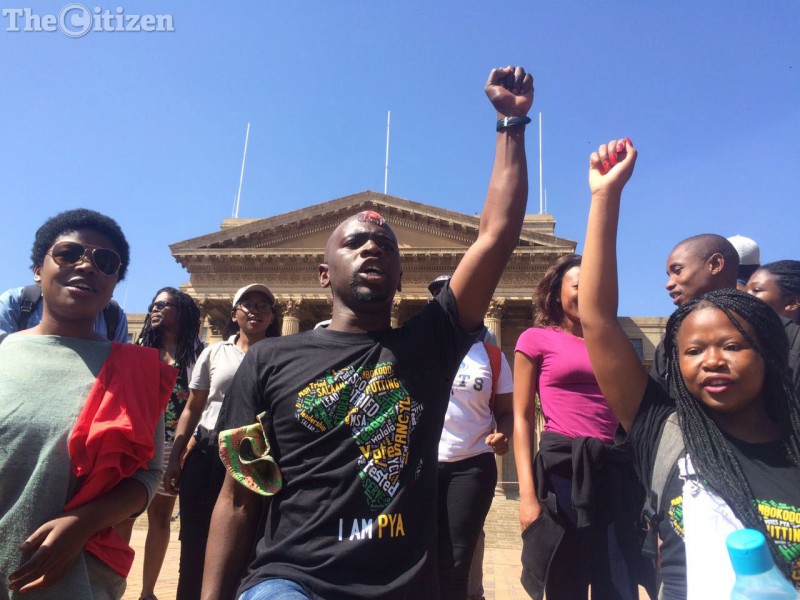 Wits students continue to gather support on the steps outside the Great Hall on September 21. Picture: Tracy Lee Stark

“We must have free education by the end of next week.”

That was the message at a mass meeting of Wits University students whose leaders are in talks to join forces with student organisations from other varsities in a bid to force government’s hand.

“We must make plans for tomorrow and Saturday and Sunday and Monday until we get free education,” shouted one speaker. Students plan to protest until education is free

As hundreds of students in the #FeesMustFall movement gathered outside Solomon Mahlangu Hall at Wits yesterday, their leaders discussed a plan of action for the next attempt to march through Braamfontein, a day after hundreds of students were stopped in their tracks when they staged an unprotected march outside the main campus.

A second group of students marched along Empire Road in Johannesburg to join their fellow activists in a mass meeting in which plans were discussed on a way forward for the coming week.

While media was not allowed in the meeting, one student leader could be heard telling the crowd that the group would come up with their own solutions to present to government on how free education could be implemented.

Several protesting students were injured on Wednesday when police fired rubber bullets and stun grenades, with one student suffering burns from coming into contact with a stun grenade. But they are determined to keep it up.